Home » Blog » Workin' Like it Depends on Work, Demo Version

This is where it was all centered: on a big house in Galveston, Texas. An elderly woman makes this her home. The house has been in her family for generations: her children were raised here, she was raised here, her parents were raised here. When Hurricane Ike came along in 2008, her lower level was filled up with 5 feet of water, which caused an enormous amount of damage. The room that was the worst off was her dining room, with it's buckling paneling, caving ceiling, and cracks in the walls.

Our team of 16 (8 of us were at this site and 8 of us were at another site) headed down to work here and to demolish her dining room - and then to rebuild it - over the course of 5 work days. 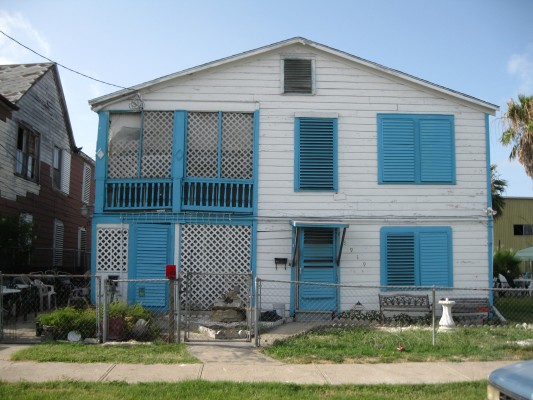 We got right to work on Monday morning and our focus was on getting that ceiling down! It was a sagging mess that looked like it would cave in at any second. We ripped the plaster off, exposing the cardboard, paper, and wooden beams beneath it. Also beneath it? Dirt. Lots and lots and lots of dirt which rained down with every tug. 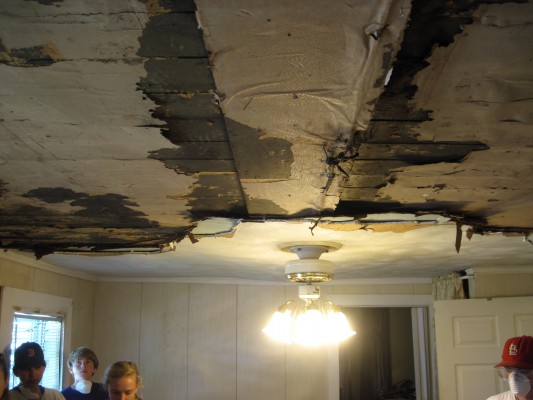 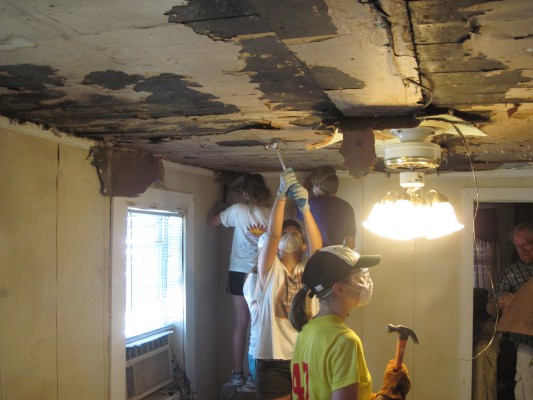 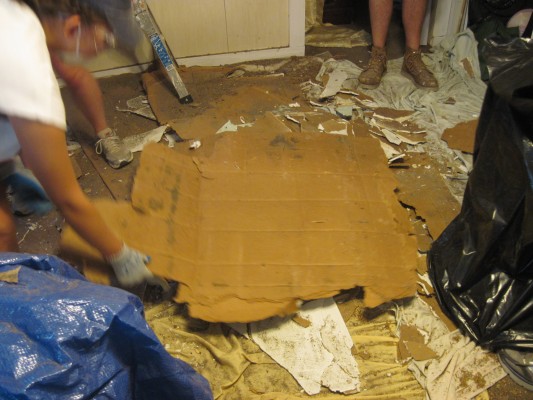 Window trim (along with crown molding) had to be removed, as the paneling was also coming down. 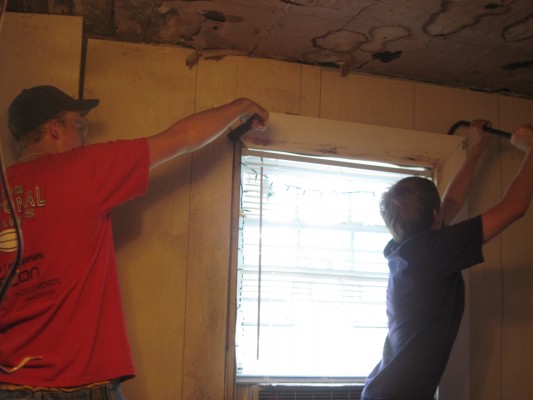 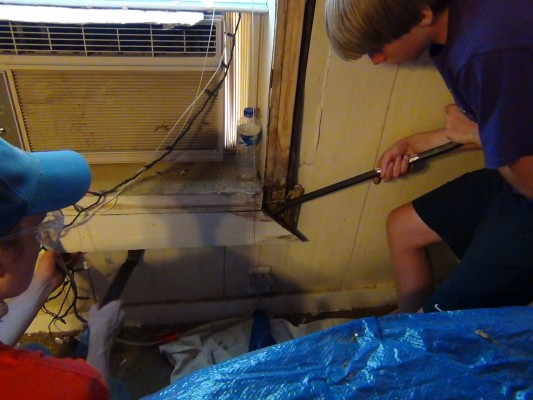 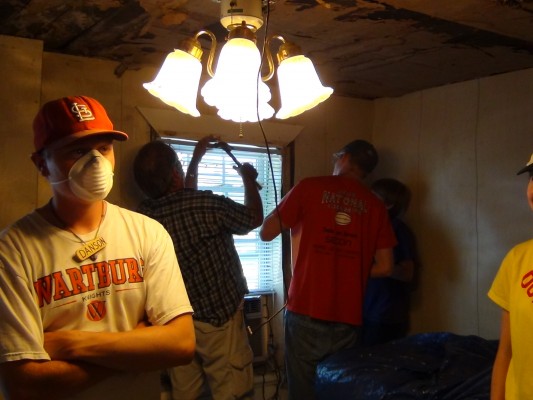 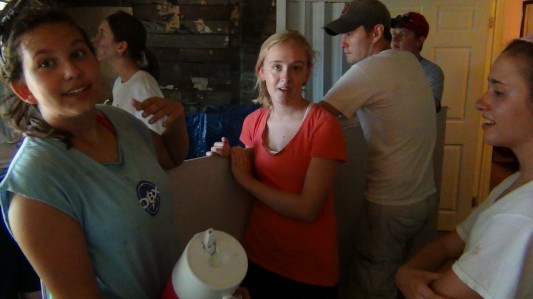 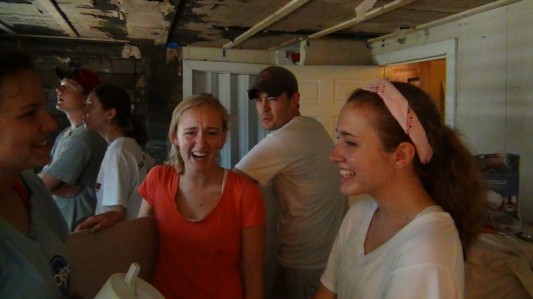 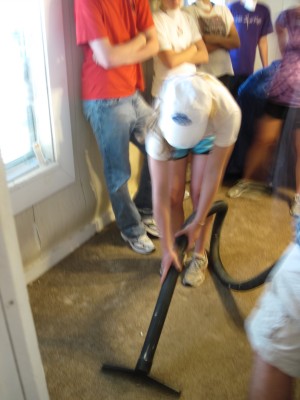 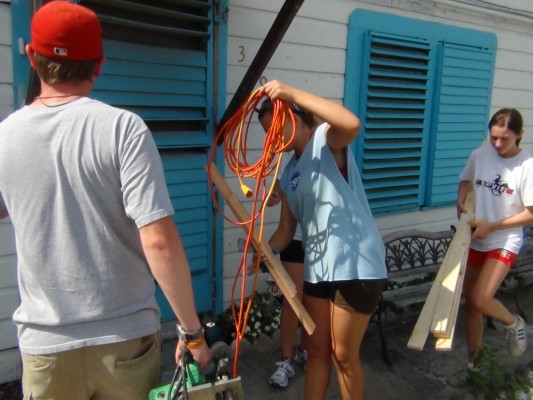 Once we ripped off the wall panels, the rest of the work process was all about rebuilding and restoring. I'll show more of that process tomorrow! 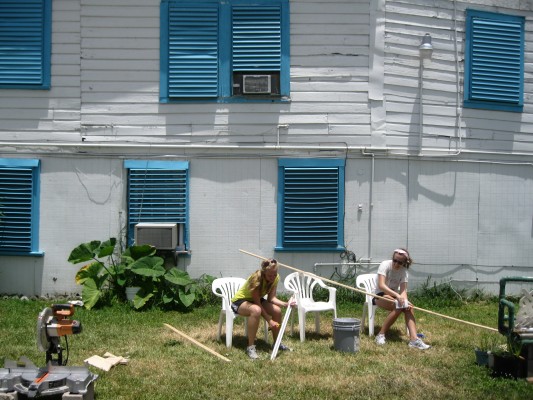 « The Hair is King
Workin' Like it Depends on Work, Rebuilding Version »