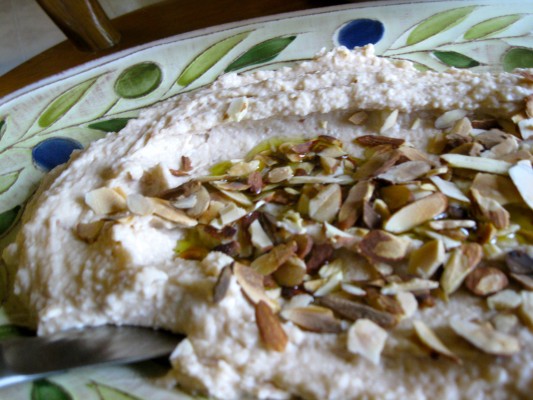 Over the last year or so, I've tried a lot of new things.

I've tried to be less flighty.

Some of those attempts have stuck.

(Hello, bed making. You make every day a little bit more put together. Hello, new school. This is year three, so I don't think you quite qualify as "new" anymore.)

Some of those trials haven't stuck.

(Good-bye, boxing. You were too expensive and too out of the way to continue.) 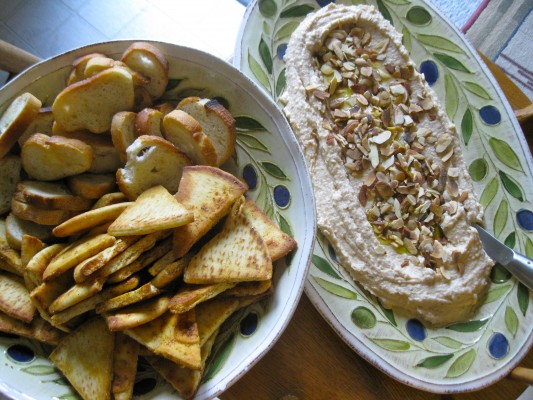 This dip was one of those times.

But I decided to venture into some new and unexplored territory in the world of white bean dips.

I tried something new.

I think it stuck. 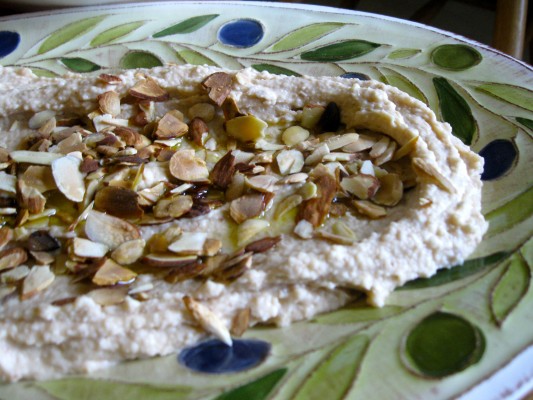 It starts off the same: 2 cups of great northern beans into the bowl of a food processor. But then, you add in a half cup of toasted, sliced almonds, 1 tbs. kosher salt, a couple of grinds of black pepper, and ¼ cup olive oil that is infused with garlic and rosemary. You can infuse the oil by adding in the garlic and rosemary, then allowing to fry. Use a slotted spoon to remove the rosemary; discard. The oil and garlic will go into the blender with the beans. You'll add anywhere from 2 tbs. - ¼ cup of water to reach your desired consistency. You'll use a spatula to scrape every last drop out of the food processor, then slather it onto a long, shallow plate. You'll top it with more toasted, sliced almonds and a drizzle of olive oil. 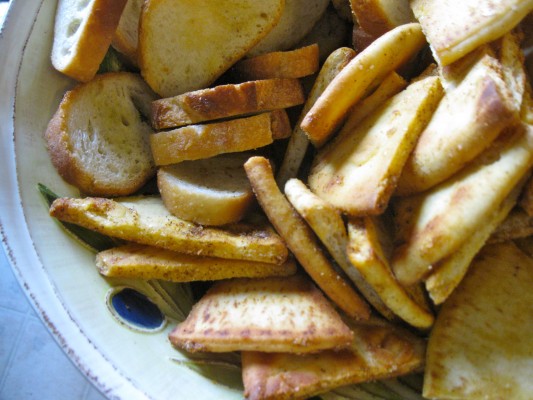 And then you'll spread it onto fresh slices of a baguette that you drizzled with olive oil and kosher salt and toasted for just a couple minutes under the broiler. 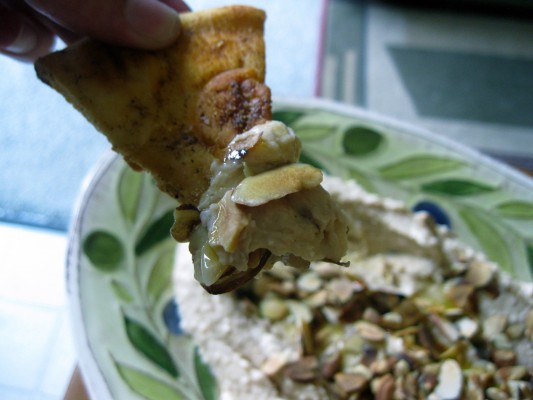 You'll scoop it up with pita chips that you made by cutting up whole pitas, and then tossed with olive oil, salt, cayenne pepper, cumin, chili powder, coriander, and garlic powder and baked at 375 for around 6 minutes on each side.

But then your husband will remind you of your forlorn boxing gloves gathering dust at the back of your closet.

You'll decide to just stick to one big change at a time.

And that'll be okay. At least you'll have your bean dip. 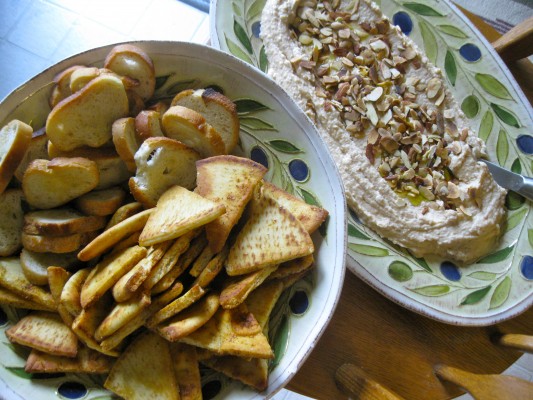