What a whirlwind of a weekend....they were two great, but supremely busy days. Hence, I've once again failed to create a grocery list and weekly menu for you. I apologize. Will you forgive me? Perhaps you'll accept some spicy cheesecakes or cranberry walnut orange bread as my penance? My penance also comes with the promise that I will most definitely have a new menu for you next week.

I have lots to tell you about this weekend, but you'll only hear part I today. Part II will come tomorrow, and part III is still a secret (but I'll tell you soon!). It was the weekend of lights, starting off with the Parade of Lights on Friday night.

Our good friend Kate is a bit of a parade fanatic (and I mean fanatic in the nicest possible, non-screaming on the street corner type of fanatic), which makes going to parades with her super exciting 😀  (seriously, I mean it!). We started off the night with dinner at our house, and it was all hands on deck to make this delicious chicken apple sausage with onion and fennel pizza. 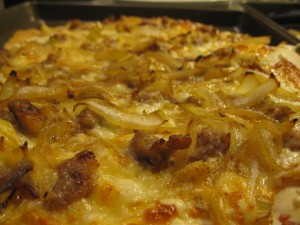 Kate browned the sausage and shredded the cheese, Jason caramelized the onion and fennel (and made the pizza dough), I bossed everyone around, and Jon drank his beer and too cool for school. 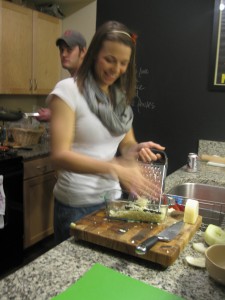 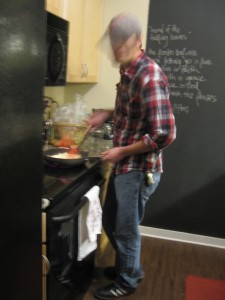 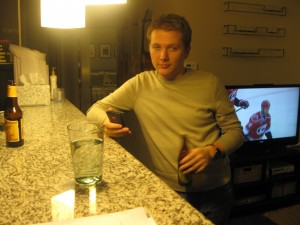 Once we enjoyed our fabulous-team-effort-pizza (the recipe for which will be part of next week's menu!), we headed out to Denver's Parade of Lights.

Highlights from the parade:

Kate (who is, undoubtedly the Parade Princess) tried to be the parade's Grand Marshall. 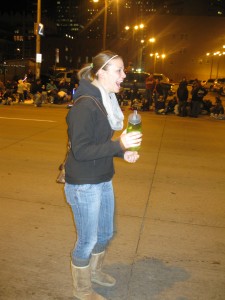 Jon and Kate were cute. 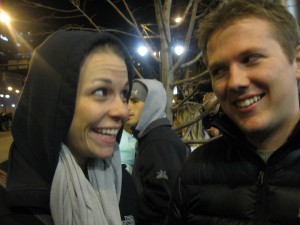 I took lots of blurry photos. 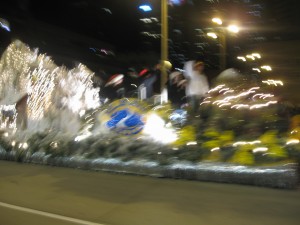 Miles, the Denver Broncos mascot, revved up the crowd. 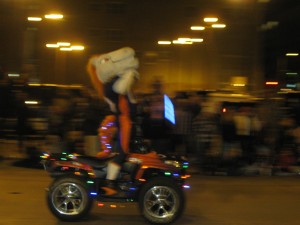 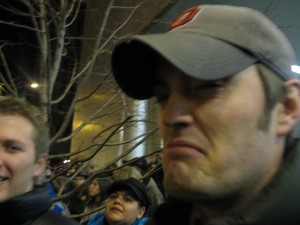 I flirted with a penguin. We're going out soon. 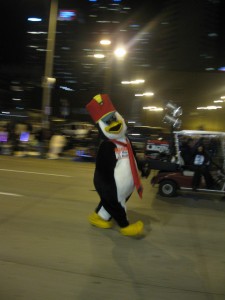 There were marching bands. 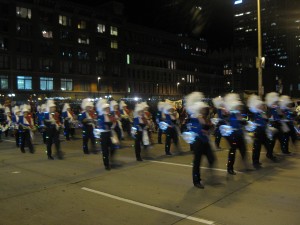 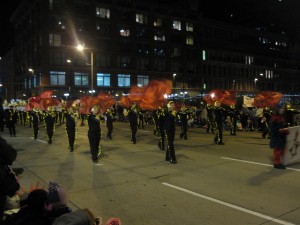 Kate waved wildly at everyone who came by. She is such a good Parade Princess. 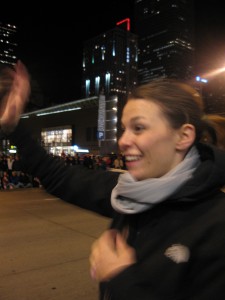 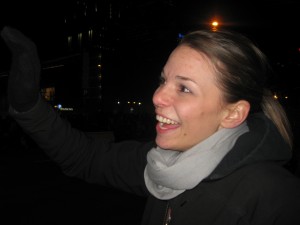 We had a great time and were all tuckered out by the time the parade was over. I may or may not have fallen asleep in Jon's car on the drive home. (Part II of the weekend is coming tomorrow! Get excited...)

How was your weekend?