My father-in-law, Jay, recently moved from Texas to Portland for work. He moved into a gorgeous brand new home, unpacked the majority of his boxes, set things up the way they used to be in Texas, and that was that. Jason and I went out to visit him not only to see him and the great city of Portland, but also to help out around the house and help him get things a bit more decorated.

We spent our first day unpacking, rearranging, and doing a lot of decorating/organizing.

We spent our first night shopping. 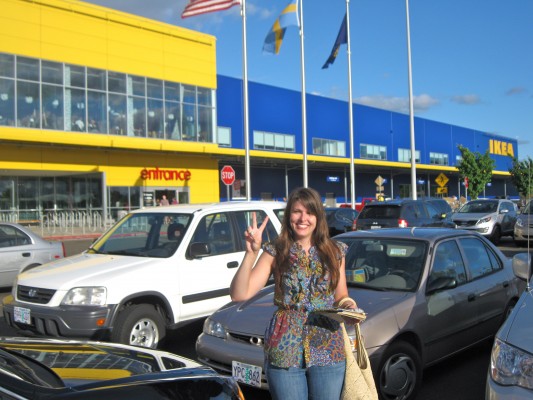 For, among a few other things, 33 picture frames. 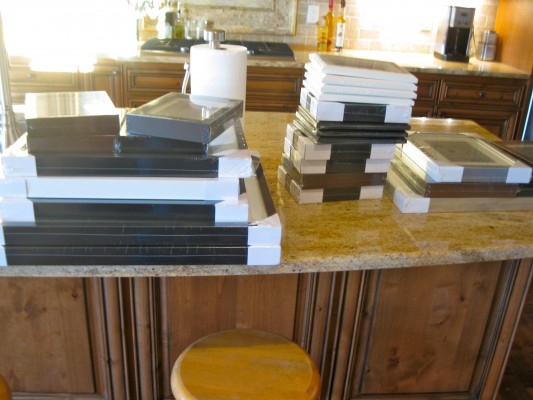 And now let the tale begin.

When we arrived, Jay's walls were bare. 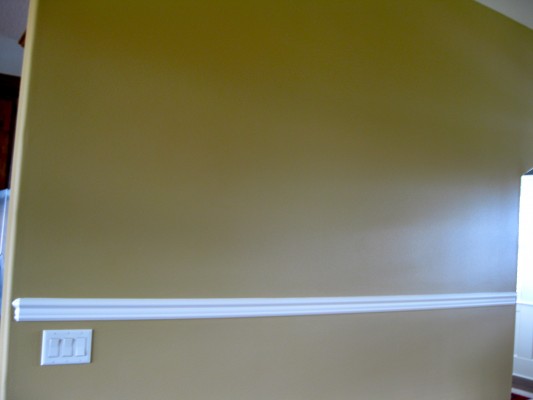 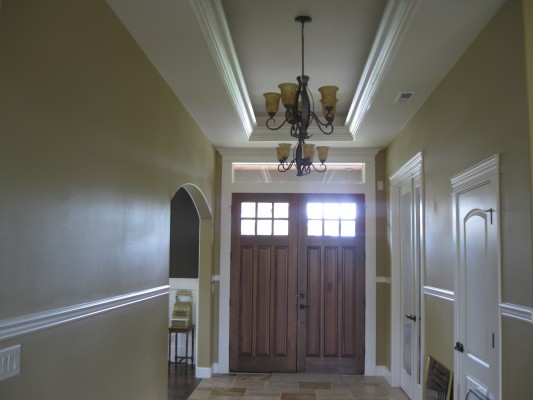 (How fabulous is that entryway?) To give you perspective, the above doors are the front doors. The opening on the left of the photo is the dining room (pictured below), the double doors on the right of the photo lead to Jay's office, and the second door on the right is the coat closet. 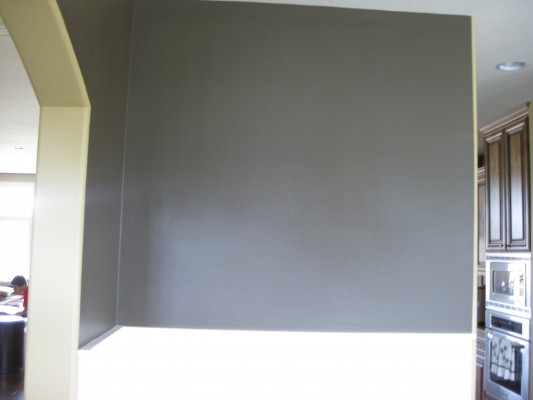 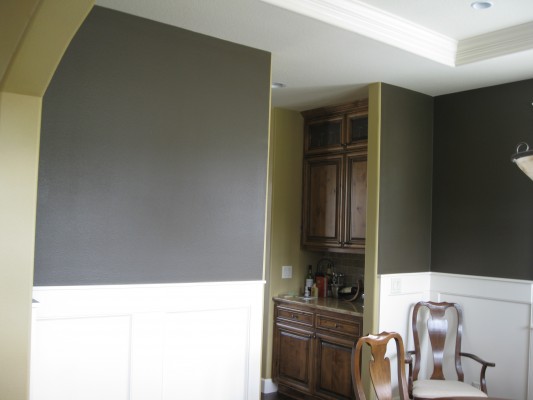 The above is the dining room, and at the back of the photo you see the butler's pantry/bar; the kitchen is past that.

Chapter 2: The Plan of Action

So, you can see that we pretty much had a blank slate to start with.We began our wall-mission by pulling out all the photos/mirrors/wall decor that Jay had brought from Texas and we started making piles: work-oriented decor went in the office pile, funny decor went in the garage pile, and out-dated decor went into the eventual give-away pile. We were left with two cool pieces that we all really liked: a photograph of Cincinnati at night (Jay lived in Ohio for many, many years) and a vintage map of the golf course at St. Andrews, in Scotland. Jason and I decided to make the large wall in the entryway a gallery wall. Jay and I set to work selecting photos that I've taken that he would like to have in his house. He wanted photos of places he's been, so he selected many photos from Europe, Hawaii, and Rainbow Trail (where Jason and I met and were married).

Fast forward a few hours later, when on a work break...Jay pulls out a bag that he has been filling for years with golf memorabilia. In the bag are tons of scorecards from golf courses all around the world. As I looked through the scorecards, I got so inspired - some of the cards were so visually interesting - we would do another, golf-themed gallery, but this one would be more of a collection showpiece. The collection would go in the dining room, and we would use the aforementioned vintage map of St. Andrews to anchor it.

Chapter 3: Measuring is a Must

My next step was to figure out how many frames we would need. The photos we ordered were easy - we just ordered them in various sizes - from 11x20 (the anchor piece) to 4x6. The golf scorecards were more difficult as they were all different sizes. I laid them out on the floor to get a sense of how it would all go together, and then I measured each card - the length and the width - and recorded each measurement. I then rounded up all the measurements to the closest frame size, and made tallies of how many of each frame size we were going to need.

It was Jay's first time in an Ikea (our second time), and so we walked through the looooong way, past the daycare (the Ikea daycare kills me), up the escalator, through the showroom, past the cafeteria (Jay was entranced by the Swedish meatball special), and down into the I-don't-know-what-it's-called-room (you know, the one where you can actually take the stuff you want). It was here that we loaded our bag with 33 frames. We had decided to keep the main gallery wall all black, with three silver frames to act as accents. The golf wall we were doing in black, brown, and white. After we gathered all the frames for both galleries we found an empty nook (it was 8pm on Monday night...I would not recommend trying to find an empty space in Ikea at any other time unless you want to be run over by the mobs of people that usually fill Ikea's giant structure) and laid everything out to make sure that all the frame colors visually worked together. We made a few swaps, then it was through the warehouse, through check-out, and back to the house.

That night we opened frames and filled them with the golf scorecards, but that was as much as we got to. We realized in this process that we were short a few frames - we needed three more - and went to bed exhausted, knowing that another Ikea trip was in our future.

Chapter 6: Ikea is Our Second Home

The next day we were back at the madhouse (aka Ikea) and we were shopping for four frames (we had selected another print that would hang in a different location), as well as a couple other items. We cut through the room-whose-name-I-do-not-know and it was a quick trip. (Do quick trips normally happen at Ikea?)

Chapter 7: What's the Point in Having a Framing Counter if the Person Who Mans it Doesn't Know How to Cut Matting?

Also included in the errands that day was a trip to a craft store. We had several scorecards of wonky size. They were smaller than 8x10 photos, but larger than panoramic photos, and so the mats we had did not work. We needed to get mats cut to house the photos in the 8x10 frames. However, our plan was thwarted by the person manning the framing counter (see above chapter title), and so we left, disappointed, with a giant sheet of matting board, fresh razor blades (for cutting the board, not our arms - we weren't that disappointed), and a plan to float the scorecards on top of the matting.

We got home around 4pm and got right to work. Jason cut matting, I matted and framed photos (which I ordered online and had sent to a local Target so that we could get a speedy turnaround) and scorecards. Our goal at this point was to get everything matted, framed, and hung (all 37 of them!) by the end of the night, as the next day was our last day in Portland and we wanted to spend the day touring around the city. Also on the docket for the evening was making a fancy steakhouse dinner. So, with just a few hours left to work, we had our hands full.

Did we make our self-imposed deadline? Stay tuned for tomorrow's chapters, including Chapter 9: We Didn't Need that Glass Anyway!, and Chapter 10: We Have to Back to Ikea? Please Tell Me You're Joking.

See more of our Portland adventure:

Portland is for the Bihrds

« Portland is for the Bihrds
The Tale of 37 Frames, Part II »