Home » Blog » The Story of How I Ruined Last Night's Dinner

There are days where everything works out perfectly according to plan.

There are other days when things just don't work out at all.

Yesterday was one of those days.

I was supposed to make Saag Paneer last night, with homemade cheese. 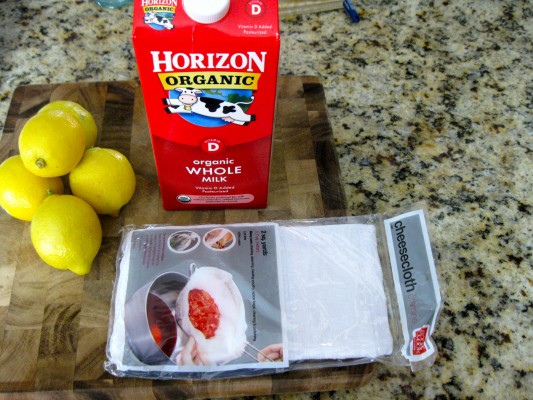 I had planned on it for days.

I couldn't wait to make my first Indian dish.

And then, I ruined the cheese.

Before I even started making the actual dish, I ruined it. 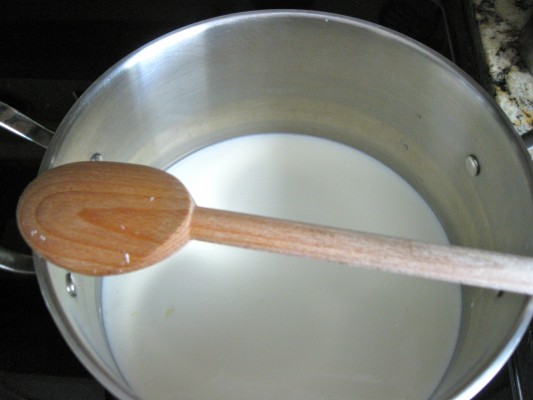 Rather than following the directions, which clearly stated to boil the milk (an entire half gallon) and then add a ¼ cup of fresh lemon juice, I just dumped the milk and the lemon juice into the pot together. I was happily stirring away, chatting with Jason about a youth group trip for next summer, when I realized that I had made a mistake. My milk was curdled.

I had to throw it all away.

I was so mad at myself; how could I make such a stupid mistake like that? Especially when we are on such a tight food budget - every meal is completely planned to fit into the budget so that there is no room for extra or duplicate ingredients.

I suppose this happens to everyone, every now and then. But it's always such a disappointment when it does.

Luckily, I had another meal on hand that I was able to quickly sub in. It was a meal that cost $0, which helped eased the sting of my failed Saag Paneer. We had made shredded BBQ pork earlier in the summer, and I had frozen the leftovers. Out came the frozen pork and out came a bag of Ore Ida Sweet Potato Fries that I had picked up at Safeway this week, thanks to a free coupon from Ore Ida and Foodbuzz. 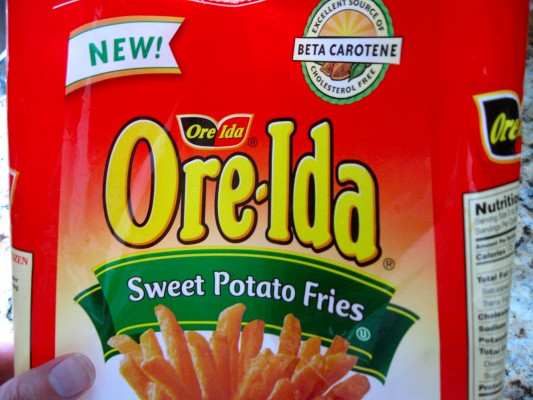 I was hopeful that the fries but would be good, but I didn't have super high expectations from a frozen bag of french fries. I put the pork on two leftover hotdog buns from a meal of grilled brats that we had the day before and topped the pork with some horseradish pickles. The fries went on the side, along with ketchup topped with fresh chives for dipping. 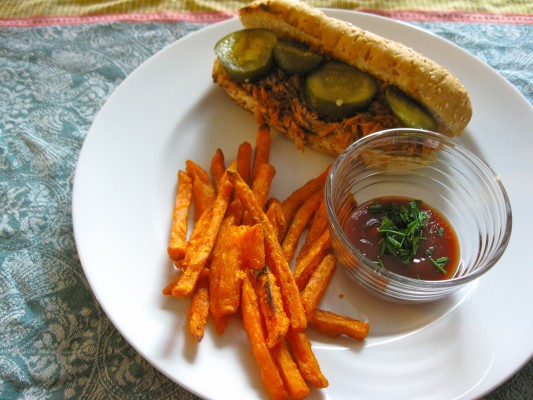 Luckily for us, the entire meal ended up being great! The fries were really nice and crisp on the outside and soft and potato-ey on the inside. They weren't overly seasoned, which is typically my complaint when it comes to sweet potato fries. 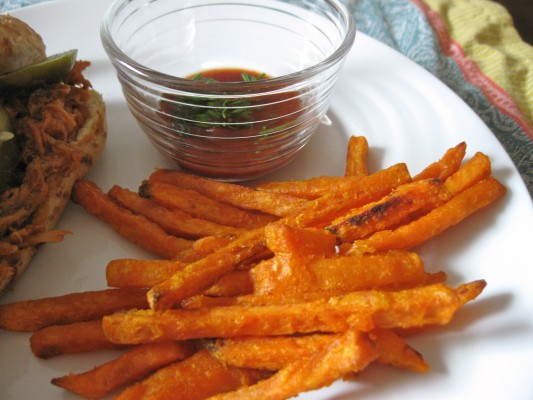 Overall, it ended up being a delicious dinner, but I definitely still felt the sting of ruining our first meal.

But, what can you do? For me, it's a reminder to pay close attention to directions when I'm making something I've never made before (like cheese). It's a reminder that I don't always know best. 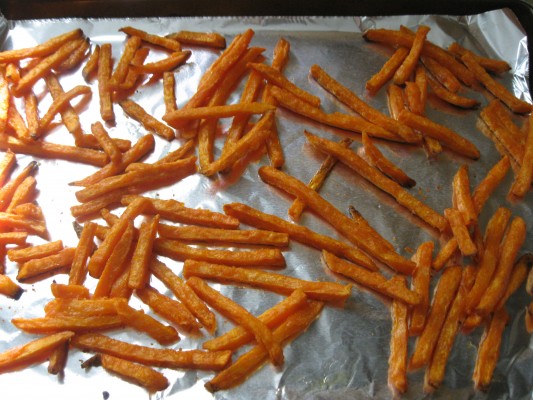 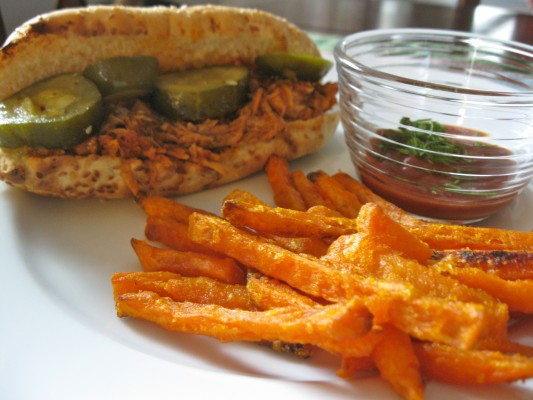 I'll try the Saag Paneer again soon (maybe even tonight if I can eeke out the funds for more milk and lemons). I'll let you know how it goes. Hopefully I won't ruin dinner again. I'm just about out of sweet potato fries.