The Broncos are playing their season opener tonight against the Oakland Raiders.

I'm currently 6 points behind on my fantasy football match-up.

I have Darren McFadden, a running back for the Raiders, on my team.

I feel so conflicted.

An argument between students exploded in class today between Raiders fans and a Broncos fan. When I say "exploded", I mean it really exploded. Them kids sure can be mean to each other.

Similar to the argument today in class, tonight's game is pretty intense; players from the two teams are getting in each others' faces, yelling at one another, and shoving each other after every play.

Flags are being thrown and penalties are being called, on both teams, as they each fight tooth and nail to win one for their team.

The announcers just said that the game won't be over until 3am if the teams keep this up.

Did I mention that I need 6 more points to win my fantasy match-up.

I've decided that it's okay for the Raiders to run the ball around a bit, as long as it is McFadden who does the running. And as long as they don't score, obviously.

I feel so compromised.

I really hope the Broncos win.

I really hope the Broncos beat the Raiders.

I really hope I win my fantasy match-up.

I really hope I get to go to bed soon. 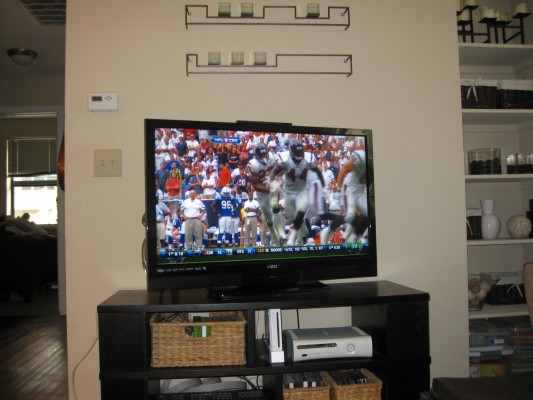