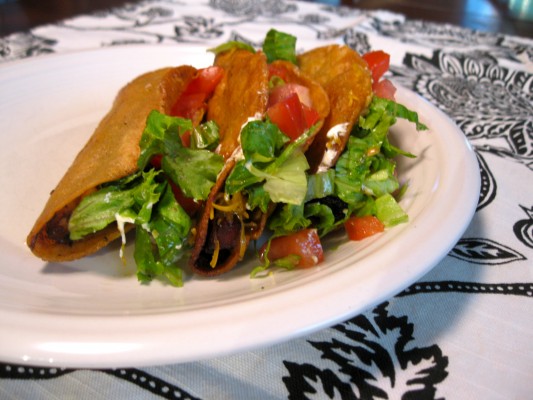 Tomorrow? We have a Winter Storm Warning, with expectations of around a foot of snow.

How crazy is Denver weather?

Today we had a "shelter" drill at school. I know that shelter drills mean that you need to take cover. But, when the drill was announced, the phrase "shelter in place" was used, which I'd never heard before. I checked the halls, no classes were out there. So, I did what any rational teacher would do and I tried to figure things out. I figured that "in place" meant that we shouldn't go anywhere, so I had the kids get down on the floor, under their desks to keep their heads protected. The little sweetums did it. All those big ol' high school kids crouched down, with heads tucked under their little desks. Turned out, that's not at all what "shelter in place" means. Turns out, "shelter in place" means the same thing "shelter" means, which in my case means going to the hall, away from the windows.

There might be a huge snowstorm tomorrow; if there's any risk of the snow blowing the windows in my classroom in, we'll be safe, because we now know what to do. 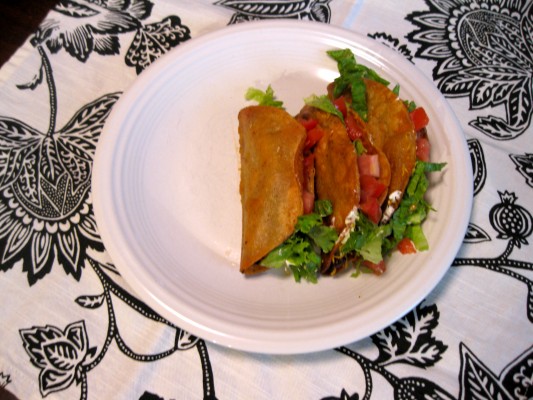 Next time we're in doubt, I think I should save my students the difficulty of climbing under those tiny desks and just feed them chicken tacos instead.

Such a great life lesson.

Taco recipe most slightly adapted from The Pioneer Woman

canola oil to fry tacos in

Season chicken with all spices. Add 2 tbs. oil to large skillet and heat. Place chicken in skillet, cook for 1-2 minutes, then add in green chiles. Stir to combine. Cook until chicken is cooked through, 4-6 minutes depending on size of chicken pieces. Remove from heat once cooked. 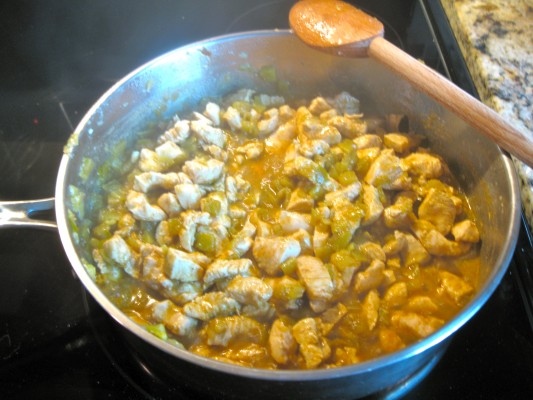 Heat about three inches canola oil in large skillet. Working with one taco at a time, add chicken mixture to center of tortilla, then fold and place in hot oil. 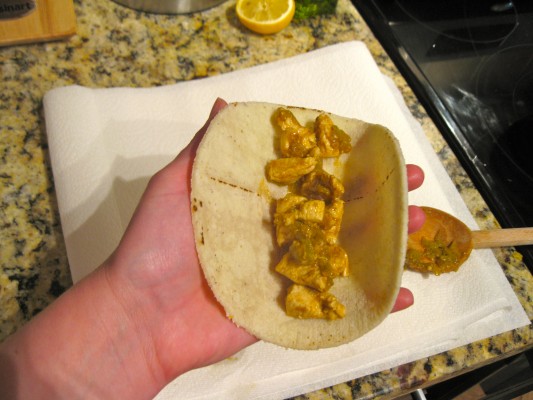 Hold tortillas down with a fork, then flip with fork once that side of the taco is crisp. Fry on other side, until the entire taco is crisp, then remove from oil. 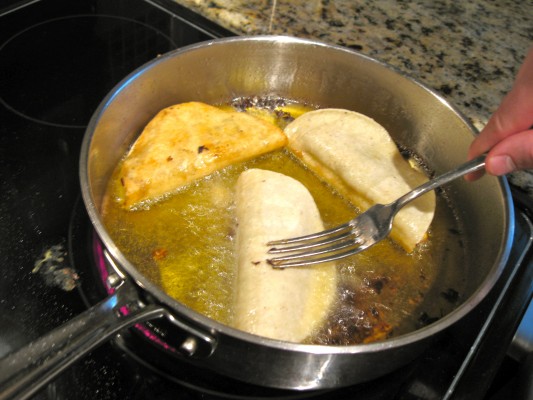 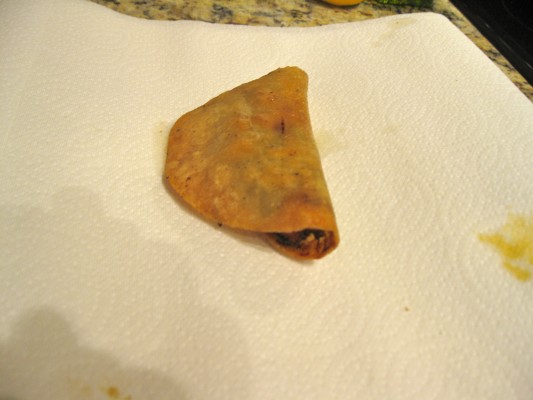 Shake gently to remove any excess oil, but make sure have the taco tightly wrapped so that you don't lose any filling! 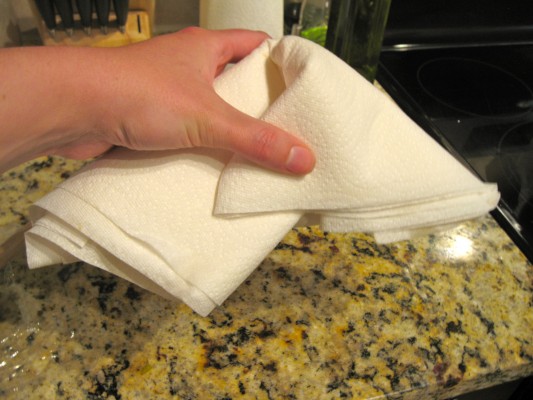 Stuff cheese into each taco as soon as it's been shook.

Yes, shook is now a word. 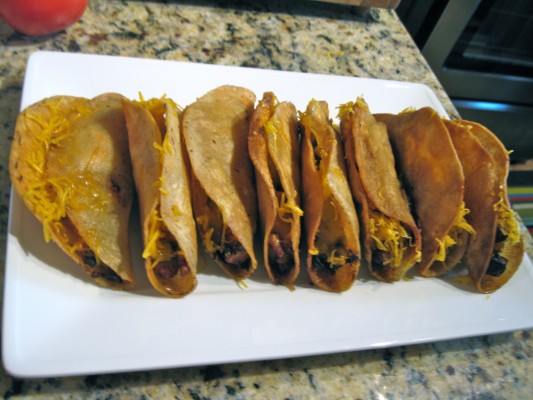 Use a knife to smear sour cream into each taco, then drizzle in a healthy amount of taco sauce. 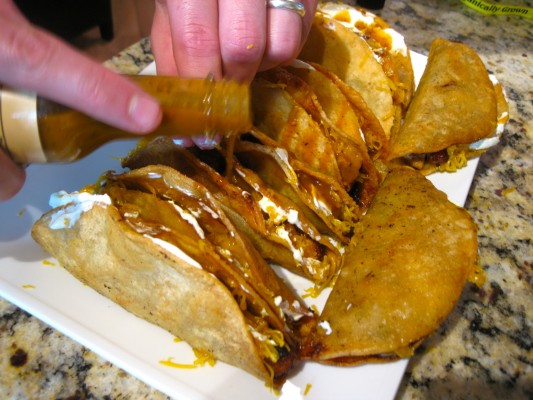 YUM. I would climb under a desk for a plate full of these any day. 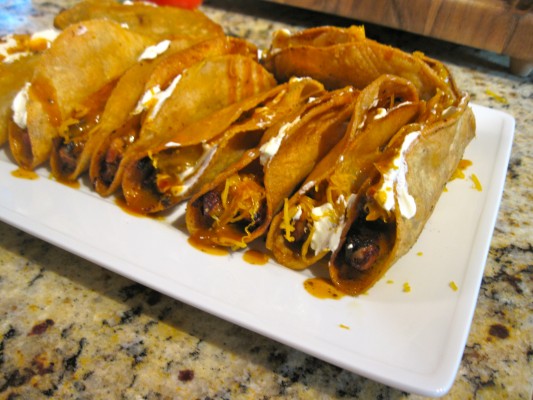 Stuff tacos with lettuce and tomatoes, then serve. 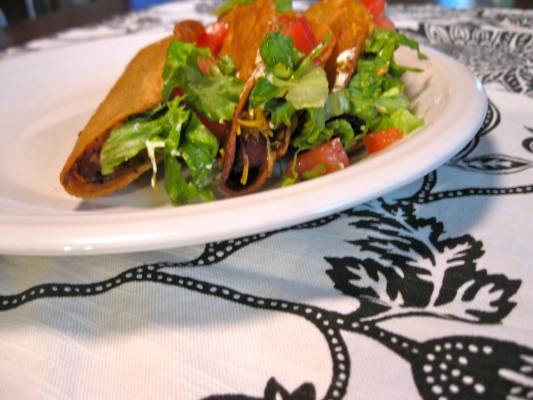 Eat as many tacos as you can; you never know when a snowstorm, tornado, or crazy teacher might strike.
It's important to be prepared. 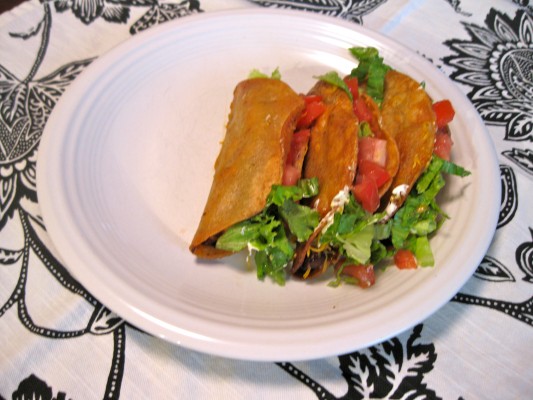