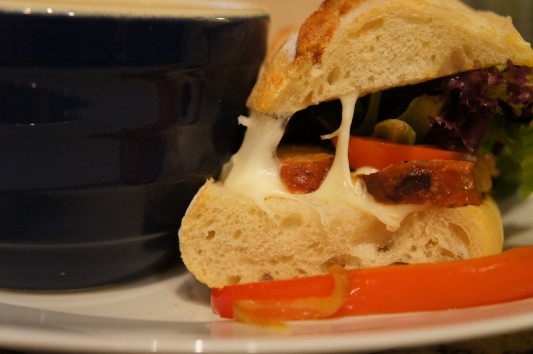 Prom is in five days.

Dance day is looming and, while it is sure to be the magical night in many of our students' young lives, it's giving me a massive headache.

I learned today that I put in the request for money to pay for our dance floor and our DJ too late and so they can't be paid until several days after the event.

We tried to order food to cater the event from The Pickled Lemon, this fabulous new falafel place in Boulder, but they don't deliver to our location and nobody can pick it up because we'll all be busy setting up for the dance.

It's Arabian Nights. A Magical Night in the Middle Eastern Desert. Proms Over Baghdad.

There are phone calls to be made, apologies to be delivered, promises of payment to be begged, food to be ordered, checks to be cut, announcements to be made, tickets to be sold, and emails to be sent. It's a lot to do. But, come Sunday morning, it will all be done and the busyness of today will be a distant memory.

Funny how that goes.

So right now it's about the little things: the run/walk (because I was feeling lazy) after work today and these sandwiches. And these potato wedges. Sausage over mozzarella! 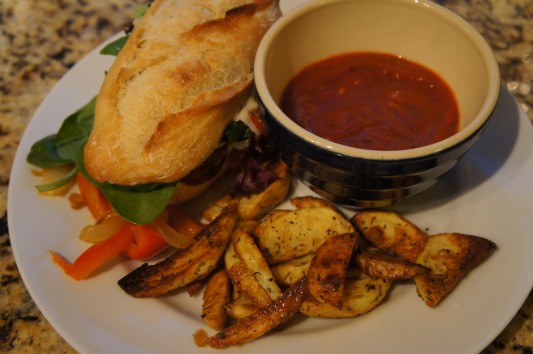 1 baguette, sliced in half lengthwise, then cut into four equal sections

1 large can crushed tomatoes with no salt added

Preheat the oven to 450 degrees F and fire up a grill.

Place potato wedges in a large bowl. Drizzle with olive oil, then sprinkle with salt and Herbes de Provence. Toss well. Cover a large baking sheet with foil, then spray  with non-stick spray and spread potatoes in a single layer across the sheet. Place on middle rack of oven. Allow to bake 20 minutes, until potatoes begin to look crisp around the edges, then flip using a spatula. Return to oven for another 10 minutes, until crisp. 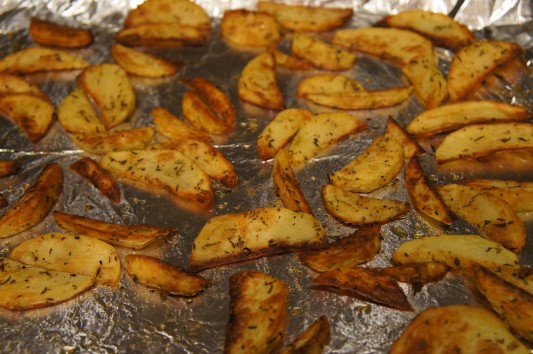 As soon as potatoes are in the oven, heat a large skillet over medium heat. Heat 2 tbs. olive oil, then add onions and salt. Saute until soft and fragrant, 6 minutes, then add in bell peppers. Continue to saute until peppers soften, around 3 minutes, then remove from heat. 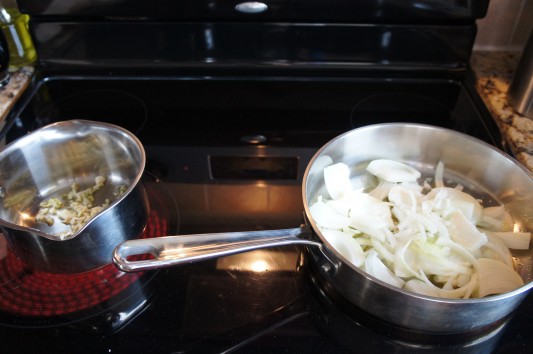 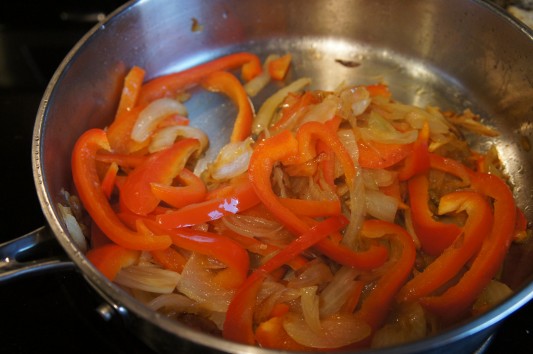 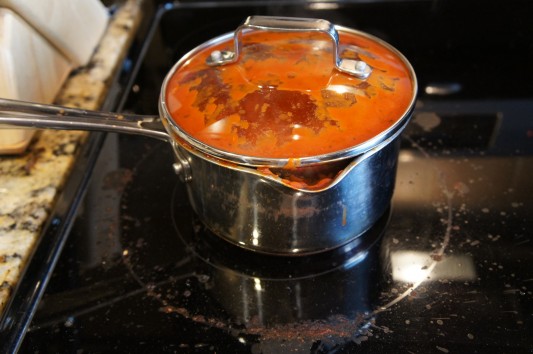 Once you start the sauce, place the sausages on the grill. Grill, covered, over direct heat for 10 minutes, turning several times until char marks appear and the sausages have swelled. Remove from grill and allow to rest for around 5 minutes, then slice sausages into bite-sized rounds. 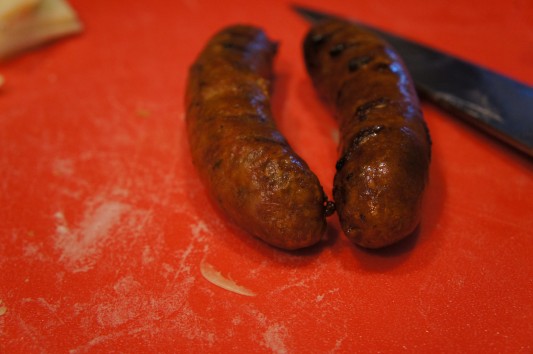 While sausages rest, prepare the bread. Place baguettes, cut-side up, on a piece of foil - 2 sandwiches per foil section is fine. Layer both sides of the bread with mozzarella cheese, then layer one side with sausage slices. 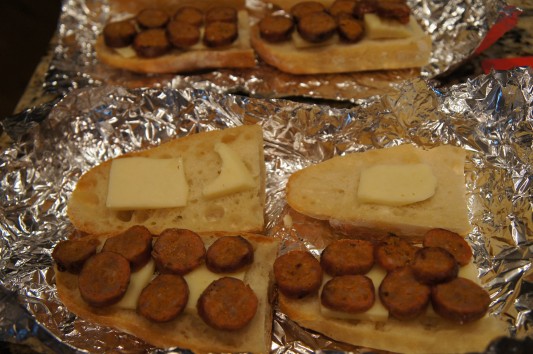 Top with the pepper and onion mixture. 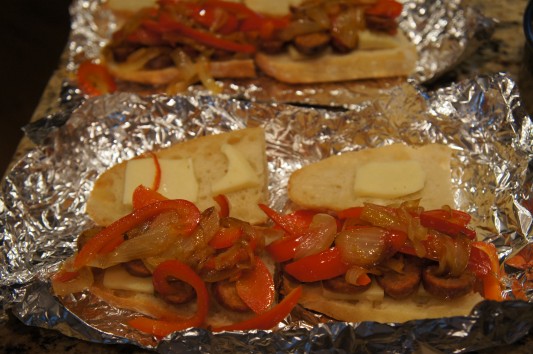 Place sandwich tops on each sandwich bottom, then wrap tightly in the foil. Place foil-wrapped sandwiches on the hot grill and cover. Grill for 4 minutes, turning halfway through. 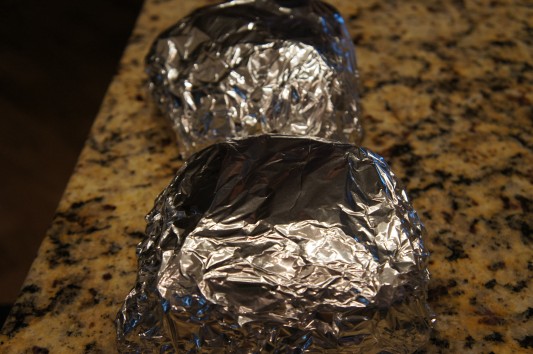 Remove from grill, unwrap, and stuff with mixed greens.

Serve alongside a bowl of tomato sauce for dipping and a big pile of potato wedges. 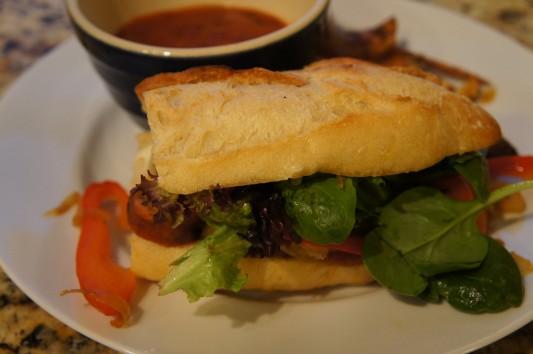 Now, who wants to be my date for Prom??

« Chocolate Almond Cheesecake
13 Years, And It Still Isn't Over »