Home » Blog » Organization is the Key

Ever since I knew we were moving in to this house (so, for only about 4 months or so) I have coveted Pottery Barn's daily system. Here it is, in white:

And here it is, in dollar signs: about $300 for the four pieces I was coveting. Obviously, it wasn't going to happen for me.  But I knew I needed this. The streamlined organization was definitely something that we were missing in our new place. Filing was happening on the kitchen counter, we didn't have a calendar, and photos and cards were hiding in a drawer. I was pining for a daily system of my own.

But then. Behold the power of repurposing! While going through some picture frames and mirrors in the basement, I came across two key items: Jason's old whiteboard that he used to have in his bedroom, and my old linen pin board that I used to have in my classroom (and dorm room, before that). I decided to create my own "daily system", a la Pottery Barn, without the Pottery Barn price tag.

To repurpose the whiteboard as a calendar was a fairly simple process:

I laid it out on a painting tarp in the backyard, then started to tape off the frame. 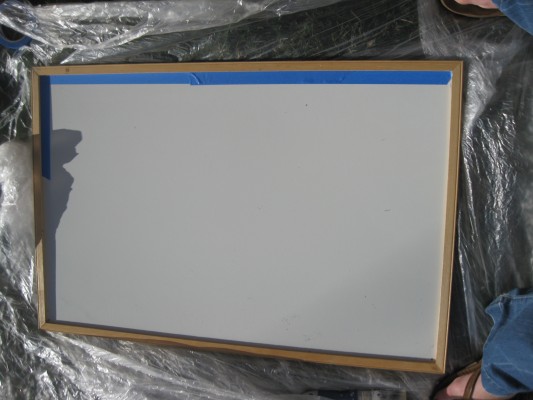 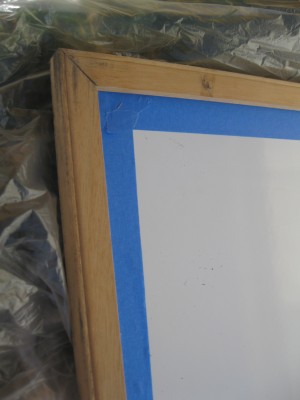 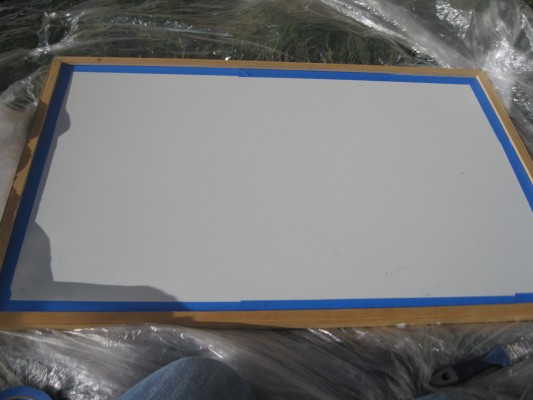 Once it was all taped, the painting began. I painted the frame with some leftover paint I had from repainting our bathroom - it's a mix of white and grey. 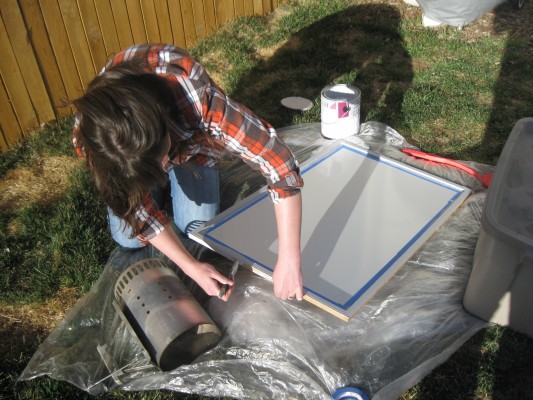 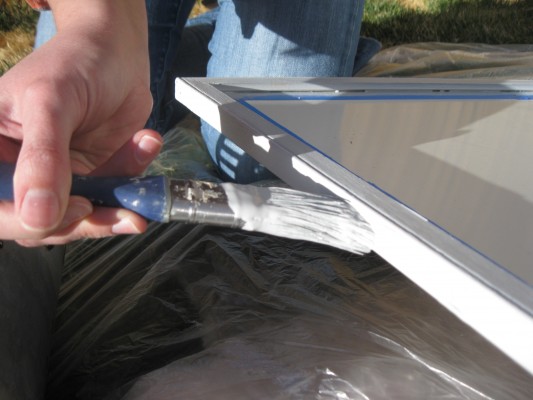 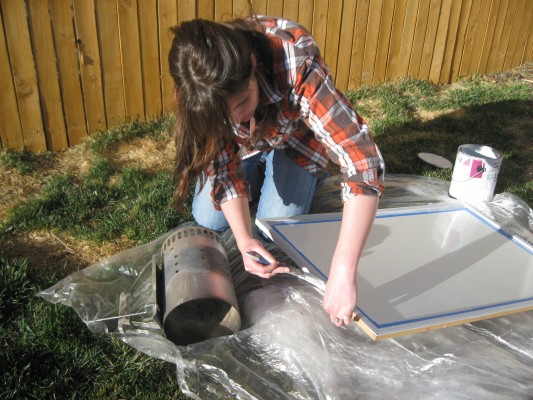 Jason snapped a few in-process photos, but Ava was no help at all. 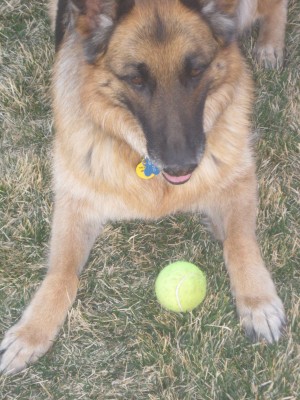 It's like she doesn't even care if we're organized or not. Geez. 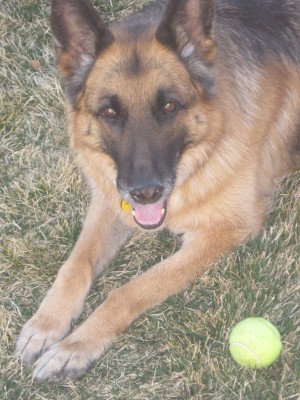 After painting, I let the paint dry out in the garage for about 3 hours, then brought it inside and stripped away the tape. 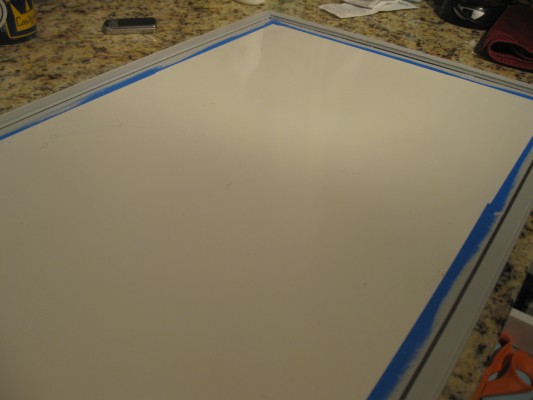 Behold - measuring magic! This was definitely the most difficult part of the process. Measuring things and creating straight lines are not in my strength areas. But, after lots of hard work (and lots of swipes with nail polish remover to get the Sharpie out of the places it wasn't supposed to be), it all worked out. The special ingredient here was definitely the T-square, and of course the nail polish remover. 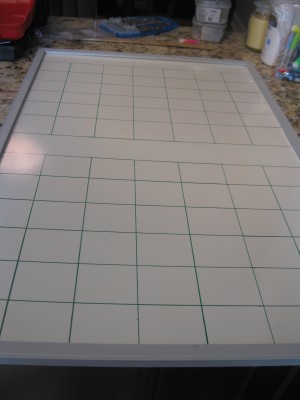 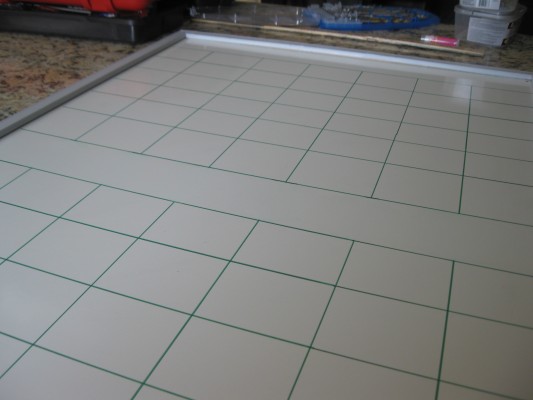 And here it is, hanging in its new home. The lines and days of the week are all done in Sharpie, so they're set in place, but I wrote the  dates, months, and the activities in dry erase marker so it'll be a quick flip every month: just a few swipes with windex, throw up the new month and dates and, voila. Part one of our own daily system. For free. 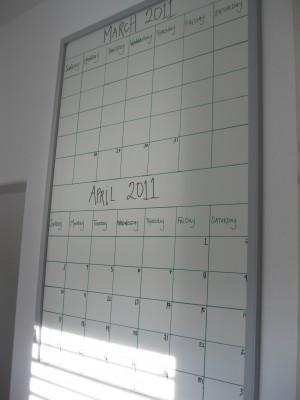 You don't think that's it, do you? Oh no. We're just getting started with our new daily system reveal. Part 2...and probably part 3...tomorrow!

« Egg in a Hole
Organization, Parts Deux and Trois »