Home » Blog » My Heart is at Coors Field 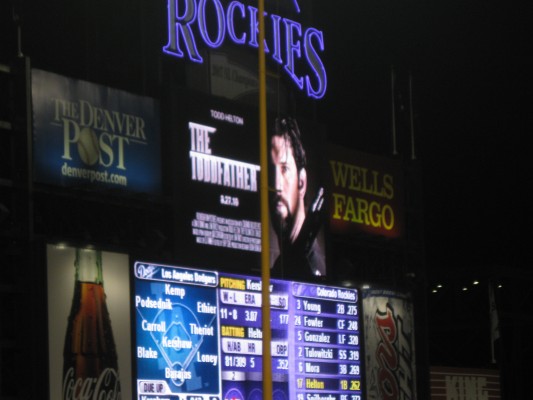 Today is the Rockies' home opener for the season! I wish I were lined up at Coors Field right now, but sadly, I'm at work instead. I'm decked out in my Rockies shirt and my white pants (Easter was yesterday, so white pants are totally okay now) with lots of silver accessories. Baseball season is a big favorite of mine, so I'm bringing an old post from September of 2010  back up to the forefront.

I remember when I first heard the news that Denver was getting a baseball team; it was 1991 and I was nine years old. My sister and I didn't care too much for the Rockies at that point, but my parents did everything they could to incite some baseball fever in us. Most notably, they signed us up to be Rockies Rookies, which meant that we were officially part of the Colorado Rockies youngest fan club. Of course, this meant that we were entitled to a small amount of swag, and our Rockies Rookies pencils and fanny packs were soon in our hot little hands. 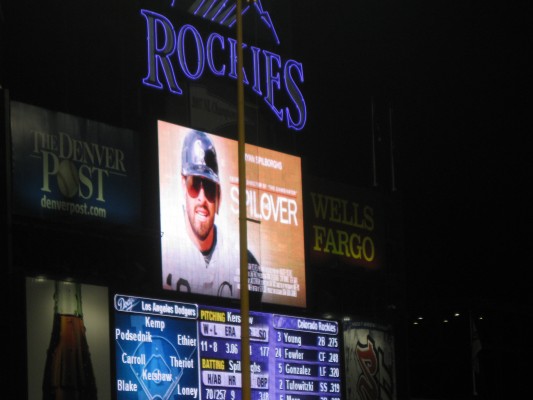 Although my mom and dad were too old to be Rockies Rookies, they were still pretty excited that we were finally getting our own baseball team and so in 1993, the Rockies inaugural season, they took us to multiple games. I remember how excited my sister and I would get for those Rockies games. We'd put on our cutest outfits, load up our fanny packs with all of our game day essentials (lip gloss, candy, sprite, peanuts, Taco Bell bean burritos- they were big fanny packs, and a girl gets hungry, okay??) and we'd be off to watch the Rockies at Mile High Stadium. The Rockies didn't have such a hot inaugural season (they finished 67-95 that year), and my sister and I learned that maybe we couldn't really pay attention for more than half an inning at a time, but I still learned then that I loved going to Rockies games. 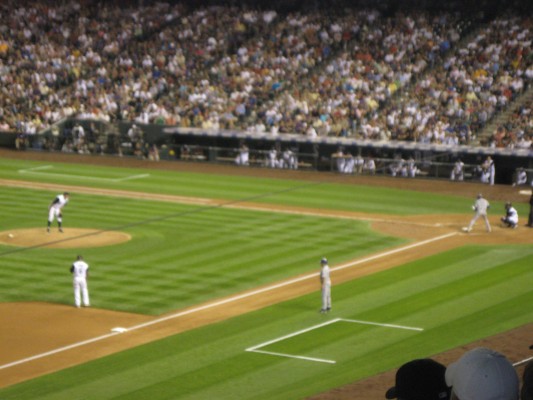 I still love going to baseball games, and I still love the Colorado Rockies. Thankfully, I can now pay attention for multiple innings at a time, and luckily I have a with-it husband who has adopted the Rockies as his own team. We anxiously await spring every year not just for the warm weather and the time off work that is about to ensue, but for the start of a new baseball season. The Rockies have come quite a ways since their losing record in '93, with a current record of 75-64. Although I don't have my Rockies Rookies fanny pack anymore, I still look forward to every game I get to attend. 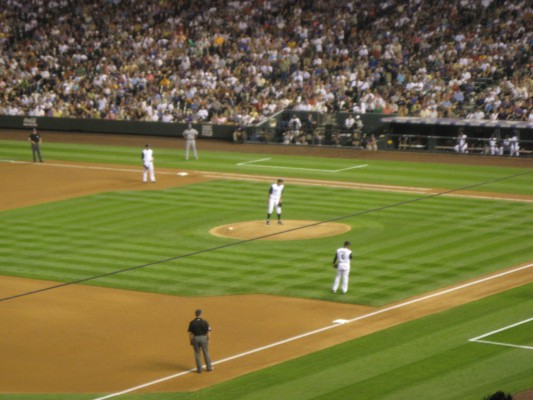 We were lucky to be at last night's game - Rockies whooped the Reds with a final score of 9-2. How do you like them tacos?! It was an exciting game...Tulo (whose shirt I wear) scored two home runs and all the guys were on fire. Also on fire? Our mouths, after eating Chicago Dogs piled high with hot peppers, tomatoes, pickles, onions, cucumbers and spicy mustard. Here's a photo of our (not-so-nutritious or local, but super tasty) dinners: 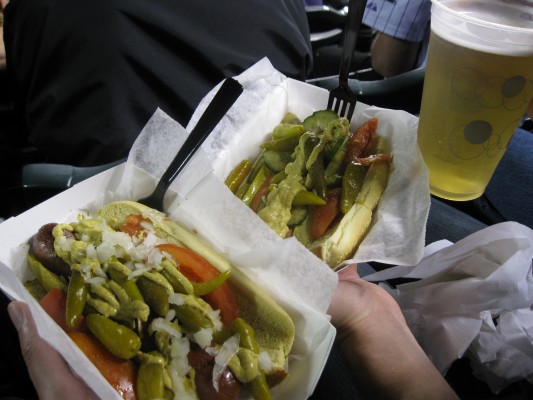 And a photo of us at the game (note the current Rockies gear - Jason has Jimenez and I have Tulowitzki - not quite as cool as the old fanny packs, I know...) 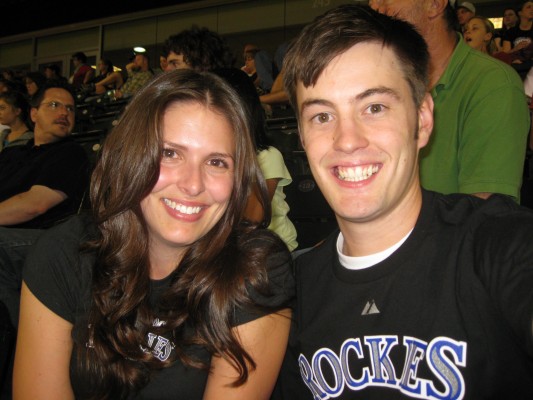 Here's hoping that the calendar will say "Rocktober" come October!