Every once in a while we have a meal that was not originally on the menu, but arose out of necessity. This meal came because it was almost 8 pm on a weekend, I was on my way home from conferences, we had chicken in the fridge that needed to be cooked, we had avocados in the fridge that really needed to be used, and we were both STARVING. Take all that into consideration and you get an awesome and super delicious salad that we were excited to eat on a Thursday night. Jason is awesome at guacamole - he gets it right the first time, every time and this night was no exception! (I don't know why I even bother...) 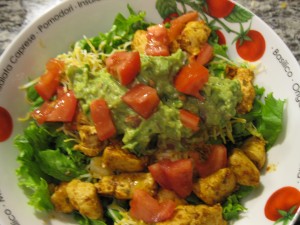 1 jalapeno, diced (you can take out seeds and ribs for less heat, if you prefer)

salt and pepper, to taste

Add oil to a large skillet over medium high heat. Add chicken and cook. stirring often, until chicken is almost cooked through, about 5 minutes. Add spices to the pan, stir to coat. Stir in water and bring to a boil. Let boil until all water is absorbed. 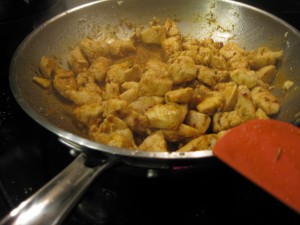 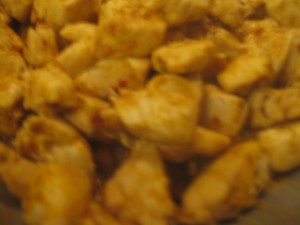 While chicken cooks, prepare salad and guacamole. Mash avocado, then stir in all remaining ingredients until combined. Season with salt and pepper, to taste. 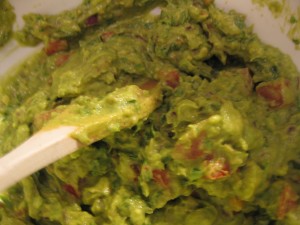 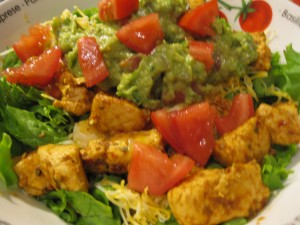