Do you want the good news or the bad news first?

The bad news? Okay. But only because you said so.

1. I had the stomach flu early last week. I also had to teach. It was terr.i.ble.

2. The combined efforts of stress and the aforementioned stomach flu gave me an ulcer. Fact: I have an ulcer. It's a weird sentence to say, but considering the bland food I've had to eat the last few days, I know it's true. I've been on medication for a few days now and am feeling better already.

Okay. Enough of the bad news. Time for the good news!

4. I made this bread again yesterday. 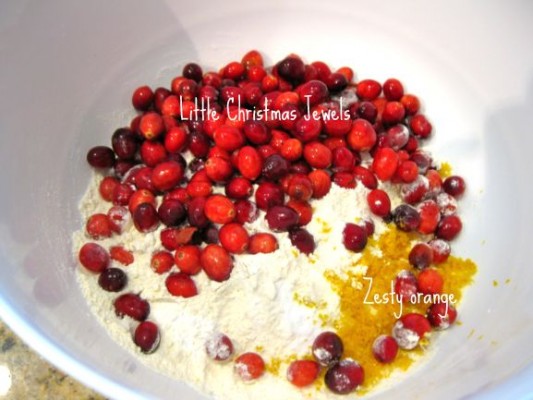 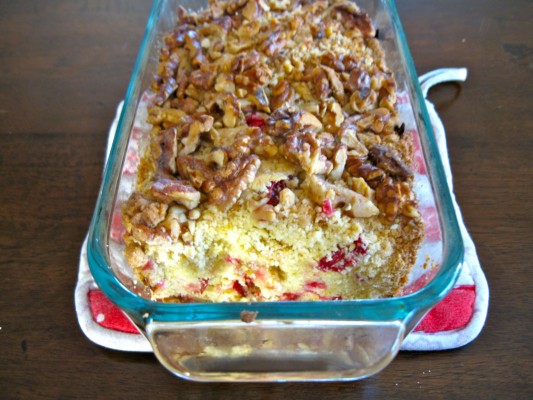 It was so good, I didn't wait to photograph it before cutting out a slice and eating it standing up at my kitchen counter. I made it almost the same as I did last year, except this time I put the chopped walnuts on top of the bread, instead of mixing them inside. Toasted nuts > untoasted nuts. Uh-huh!

5. We hosted Thanskgiving dinner for the first time! 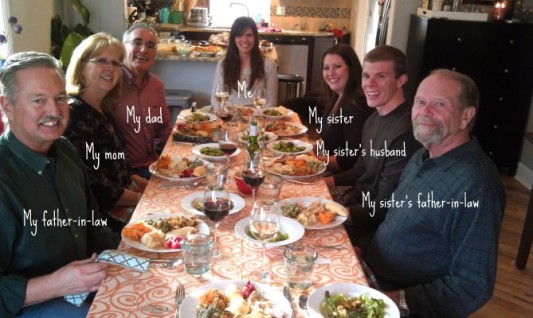 There were eight of us. And enough food to feed 20. We all miiiiight be overcookers. Maybe. When I say "we", I'm referring to everybody. This dinner was a true team effort, which was a godsend, seeing as I was not feeling too hot on Thursday. My father-in-law and Jason made the turkey; my mom and dad made the green bean casserole, pies, an appetizer, and green salad; my sister made the sweet potato casserole, an appetizer, and a green salad; I made the stuffing, cranberry relish, mashed potatoes, and rolls. 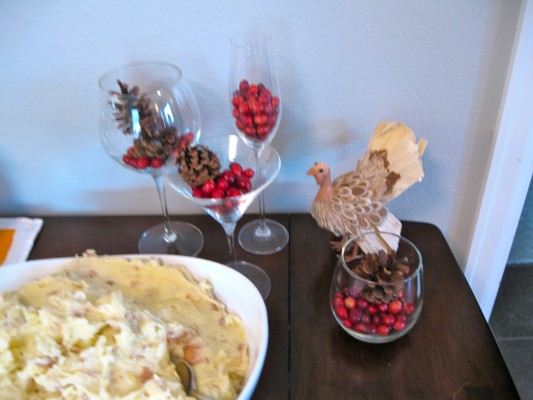 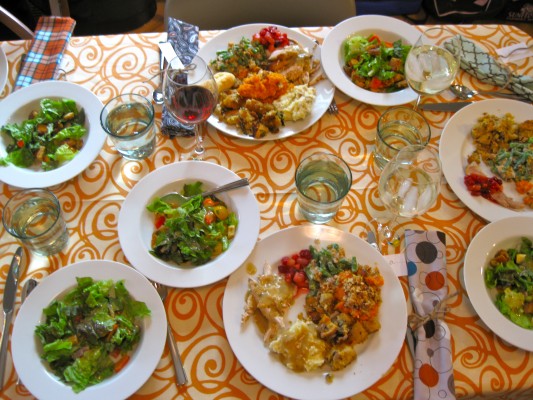 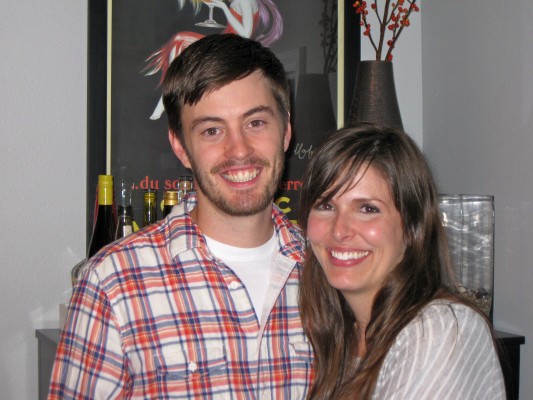 Really thankful for this guy. 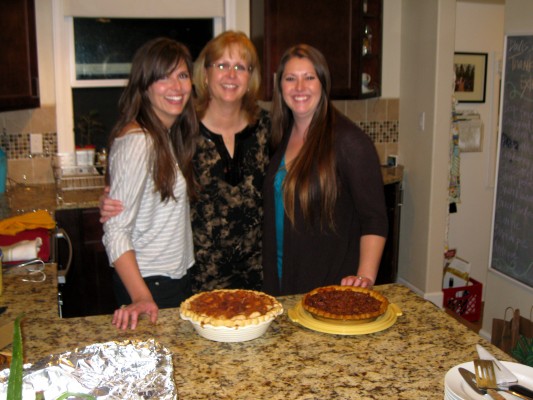 And for these girls. My dad took the photograph - ridiculously thankful for him as well. (Notice, please, my mother's amazing pies. Silly good. I mean it.)

Family, food, football. It was a happy Thanksgiving indeed.

So, that's what's been going on in my neck of the woods. It's been a busy week, a not-so-fun week, and a super fun week. Yep. All those types of weeks, combined.

Hope your week was fabulous and that your Thanksgiving was packed full of lots of things to be thankful for! One more thing I'm thankful for? You. Thank you for reading, for coming by and seeing what's going on in my kitchen and in my life!