Home » Blog » He Stole My Bike

Yes, he did. We'll call him Geraldo, and he stole my bike. 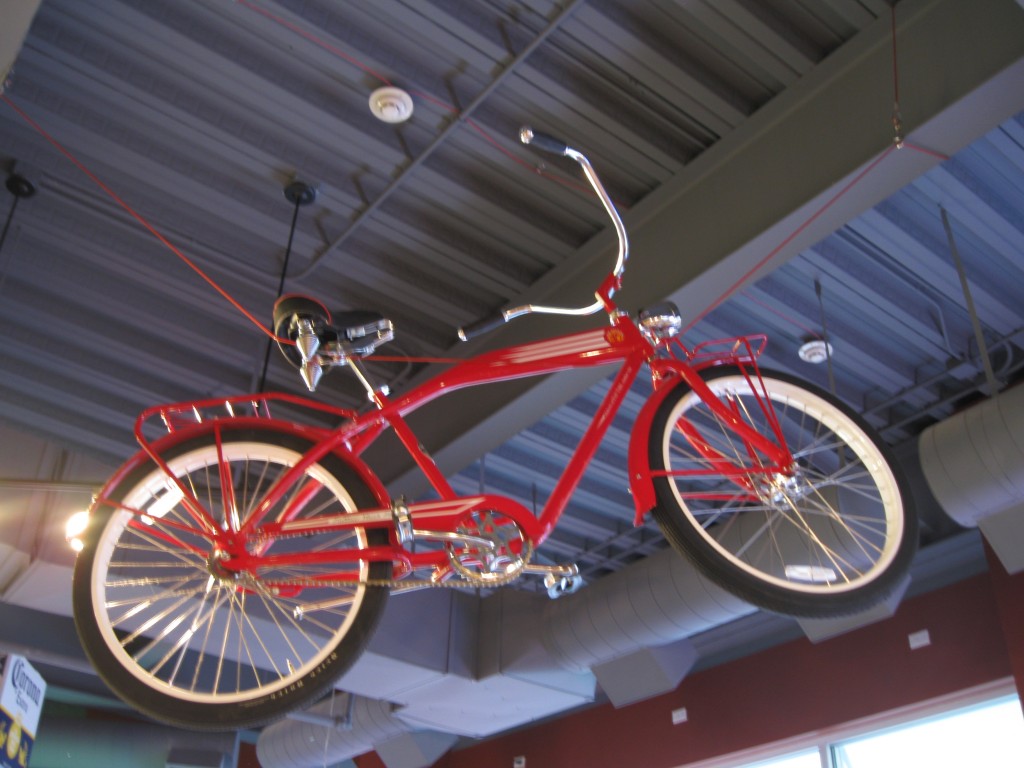 My heart is broken. And my bike rack is empty. But I did drink a lot of beer last night, so at least my tummy is still full.

So, last Friday, we were out at a local tavern and I innocently ordered a glass of New Belgium's 2 Below. An hour later, I ordered another one. And the bartender then brought me two entry forms...to enter a bike giveaway, hosted by New Belgium brewery. Instantly, I knew that the bike would be mine. 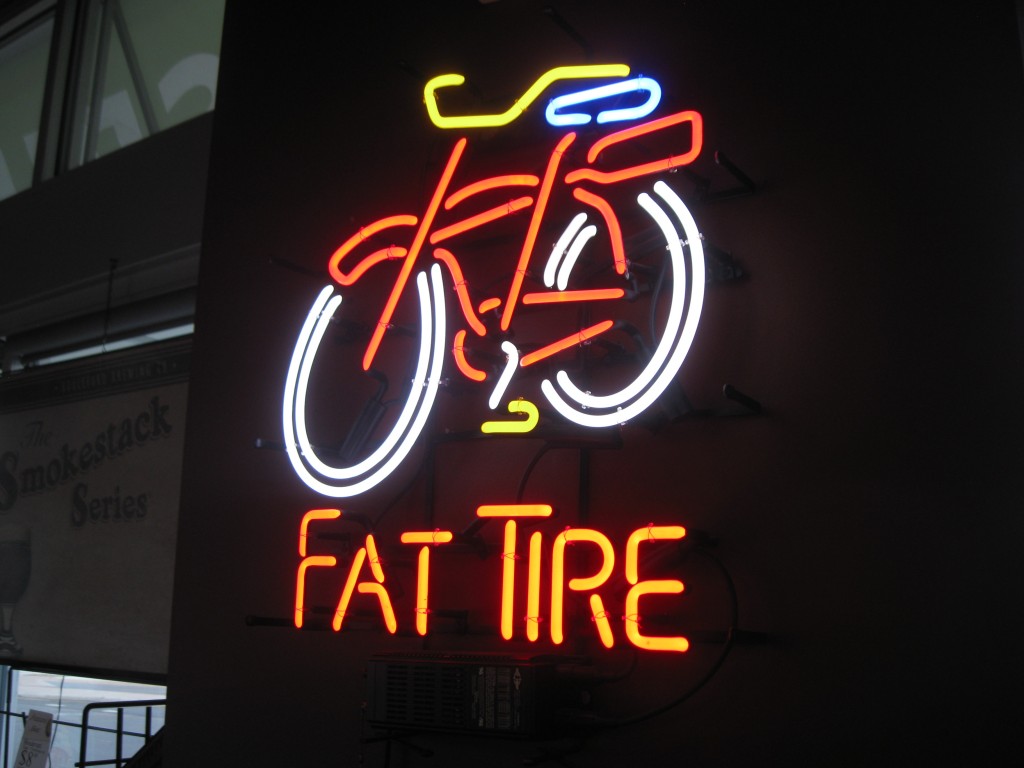 The giveaway was last night, at 9 o'clock (aka, bedtime), yet I sacrificed my schedule because I knew that picking up my bike was more important than my beauty sleep. We took Jason's car, since it's bigger, so that we'd be able to bring my bike home with us that very evening.

We pulled up a couple of stools at the bar, ordered a coupla 2 Belows (I like it, okay?!) and promptly received two more entry forms for the bike giveaway. (Can you see where this is going yet?)

Halfway into our beer, the New Belgium rep showed up. We'll call him Joe. Joe came over to chat with us and dropped off two more entry forms. I introduced myself as the bike's owner, we turned on the charm and received another two forms. Then, Joe returned to circulating the bar. He came back over, gave us four more entries, told us all about his wife and baby and work and neighborhood, then continued his circulation. We ordered two more 2 Belows, received two more entry forms, then Joe came back for more chatting (we are so charming) and...gave us more entry forms.

We finished our beers, decided we had had enough beer (shocking, I know) and waited impatiently for the giveaway. Joe tried to buy us more beers. We kindly refused. And this is where it all went downhill.

It was 9 o'clock and time for the drawing. There were about 50 people in the bar (and you had to be present to win) and I was betting that we had more entries in that box that anyone else in the darned bar. There was an announcement, a drumroll, and I fluffed my hair so that I'd look good while I claimed my bike. And then....they called Geraldo's name. No one came up! They called his name again. He wasn't there, everyone called out. They called the name one more time, and Geraldo emerged from the back of the bar (where he wasn't even paying attention!) and said, "did someone say my name?".

It was instant hatred. I shot daggers at him. Several people started to boo. Everyone glared at him with malice dripping from their eyeballs. And then Geraldo walked up...and claimed my bike.

Now, let's be clear. All of us in that bar were not sore losers (okay, so I might be a bit of a sore loser, but I can't speak for anyone else). But Geraldo didn't even care that he had won! He hadn't even known that the competition was going on that night! He only had one entry form in that box! I bet his car wasn't even big enough to drive my bike home.

We got up to leave, infuriated. But we couldn't leave. Because Geraldo was blocking the exit with my bike. Once he finally stepped aside, we headed out the door. Our new "friend" Joe told us that he hoped that we would move to his neighborhood so we could hang out. We told him that we hated New Belgium and were officially switching to Odell's beers.

And then we drove home, in our big, empty, bike-less car.

It was after my bedtime, after all.

*Geraldo is undoubtedly a little bike thief, but at least I still have a chance to win the Recipe Challenge: A Chile and A Spoon from Marx Foods! Unless you want to see me cry again please click below and cast your vote for Blackboard Kitchen's "Choose Your Own Adventure Cheesecake"!