I were a pork tenderloin, this is the way I would want to be eaten.

But I'm okay with that. 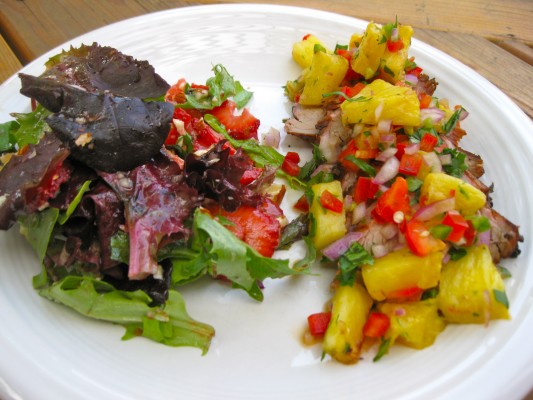 This pork tenderloin is marinated in the juice of 6 limes, a cup of tequila, 4 cloves minced garlic, half a bunch of cilantro, a chopped jalapeno, salt, pepper, 2 tbs. olive oil, and a half cup of water.

If you were a pork tenderloin you'd want to be eaten like this as well.

I don't blame you.

Who am I to judge?

After being seared on all sides over direct heat for four minutes on each side, this guy is then grilled over indirect heat for 30 more minutes, until the internal temperature is about 150 degrees (it'll keep cooking when you take it off and will come to about 160 degrees, which is right where you want it).

You'll let this pork tenderloin rest for 10 minutes, and then slice it up. 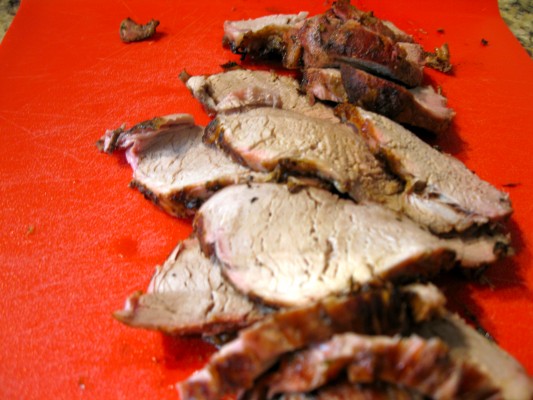 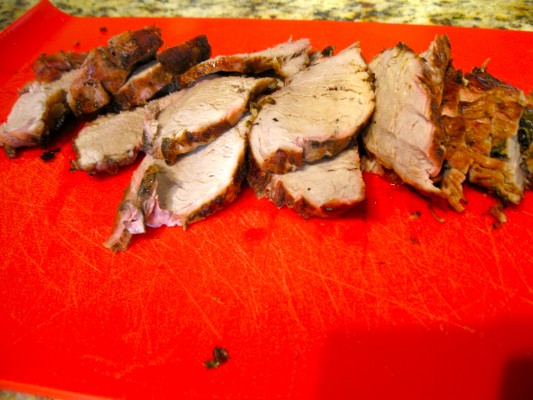 And then this beautiful specimen of pork (weird? get over it.) is going to be smothered in a salsa made out of 1 cored and sliced and grilled pineapple (grill 5 minutes on each side until it gets a bit charred), 1 minced red bell pepper, 1 jalapeno, ½ a minced red onion, 2 cloves minced garlic, the other half of the bunch of cilantro, about 2 tsp. of salt, and the juice of ½ a lime. 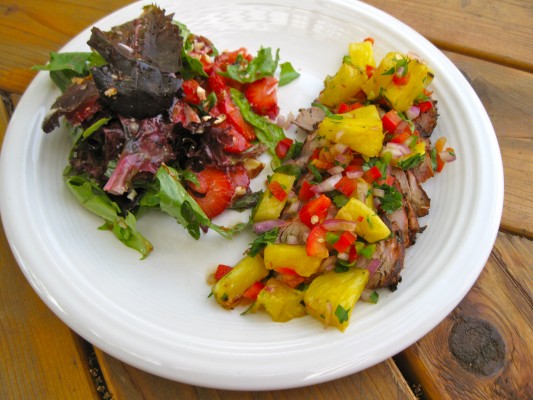 You can serve it alongside this, if you like. I did. I liked it.

Or you can serve it on its own. You won't be sorry you did. 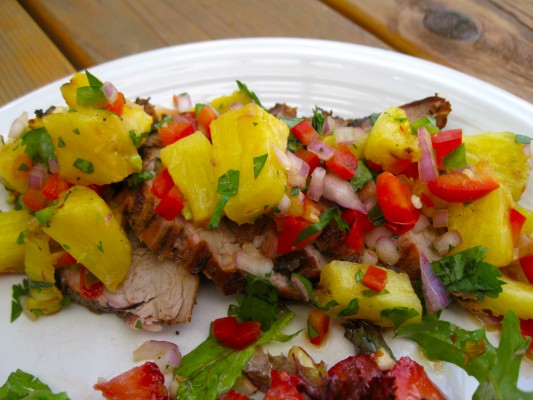 « Sights to be Seen
A Week for the Books »