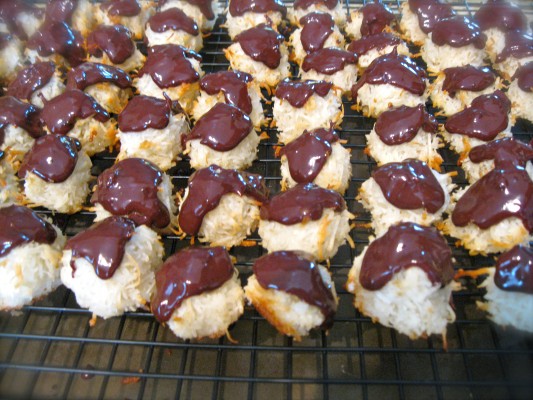 My mom and my sister both took French in high school.

My dad and I took Spanish in high school.

My sister took French because she was intrigued by French culture.

I took Spanish because it seemed the thing to do; it was by far the most popular foreign language and seemed the most practical. My teacher's name was Senor Mas, and he had quite the fashionable flair.

I distinctly remember one particular outfit; it was an all-white number, which he topped off with a shiny red belt. Contrary to what my students think, I was not in high school in the 70's. This was the late 90's. 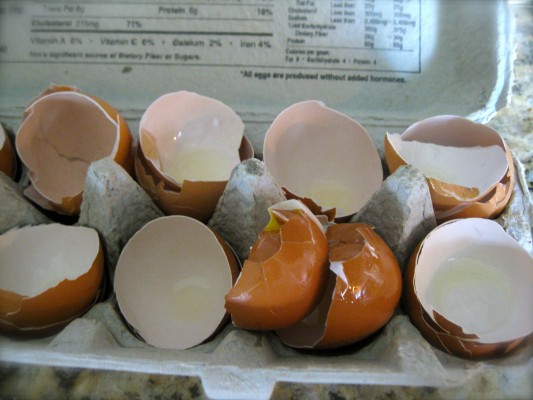 I obviously spent more time criticizing his fashion choices than I did paying attention to his instruction, because I didn't retain very much of my high school Spanish. This turned out to be highly unfortunate. It turned out I was right in thinking Spanish would be useful to me someday; I now teach at a high school where Spanish is often the language of choice. Not by me, but by the little pumpkins who are entrusted to my care. They'll start shouting things in Spanish, and all I can do is listen for the few choice curse words I know and give them my sternest glare that they know means business and pray that they won't know that I have no idea what they just yelled across the room. 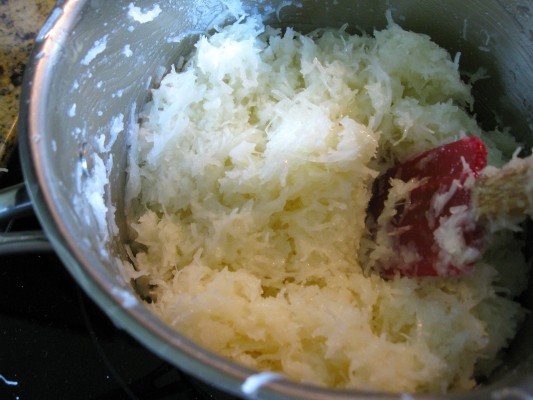 I think they know. This makes me sad.

When I get sad I want to eat macaroons.

When I eat macaroons I wish I would have taken French in high school. Less useful, perhaps, but apparently a language's usefulness was wasted on me anyway. 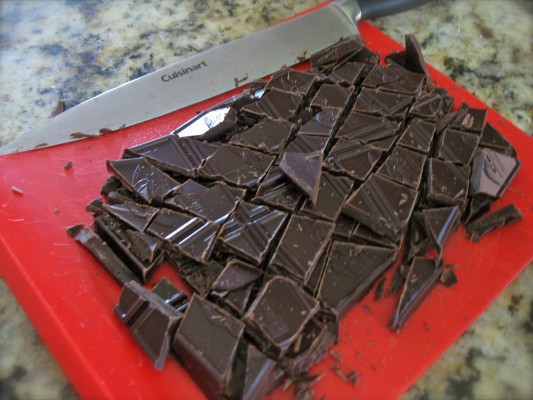 Not wasted on me are massive piles of macaroons, which is why I'd recommend doubling this recipe. It makes around 15 macaroons, but that seems to never be quite enough. 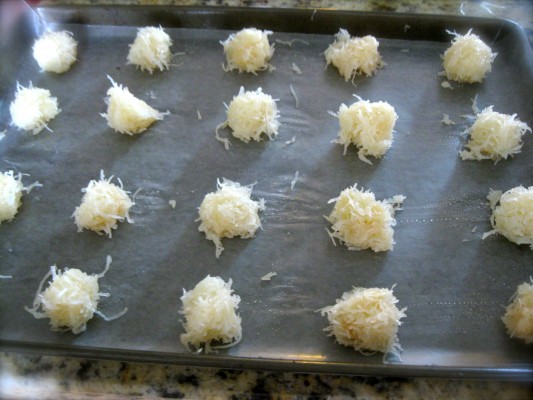 Combine coconut, sugar, and egg whites in a medium saucepan over medium-low heat. Stir frequently, for 10-15 minutes, until the mixture starts to become dry, and you can begin to see the little strands of coconut peeking through. Once the mixture is no longer creamy, but still sticky and moist, stop cooking and remove from heat. Stir in vanilla extract. Use a rubber spatula to spread mixture out onto a shallow plate or baking sheet so it will cool more quickly, then refrigerate until the mixture is cold, around 30 minutes.

Preheat the oven to 300 degrees and line a baking sheet with a baking mat or with parchment paper.

Use your hands to hands to scoop and firmly pack the coconut mixture into little balls, which you’ll space evenly on the baking sheet.

Once all balls are formed, place in oven and bake until evenly golden, around 30 minutes. Remove from oven and place the baking sheet on a wire rack to cool completely, then remove macaroons from sheet and place on wire rack. Set the rack over the baking sheet.

Place chopped chocolate in a medium bowl. Warm the cream in a small saucepan over medium heat, until the cream is hot and steamy, but not boiling. Remove from heat and pour cream over the chocolate. Let sit for a minute, then stir together until smooth. Drizzle spoonfuls of chocolate over the cooled macaroons.

Refrigerate macaroons until the chocolate is set, which will take around 2 hours, then transfer to an airtight container. You can refrigerate or freeze these guys. They’re delicious at room temperature, but I like them even better straight out of the freezer. Oooh la la, indeed. 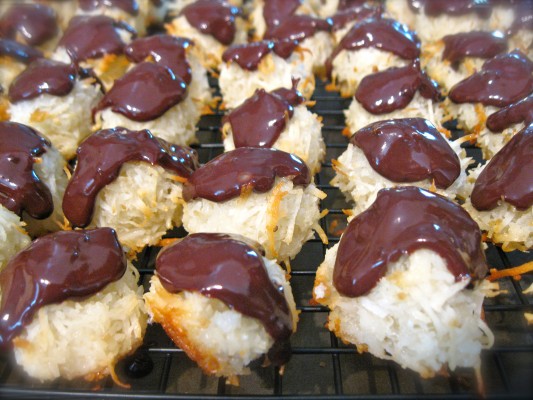 « It's Monday.
A Visit to San Francisco (only a month late) »