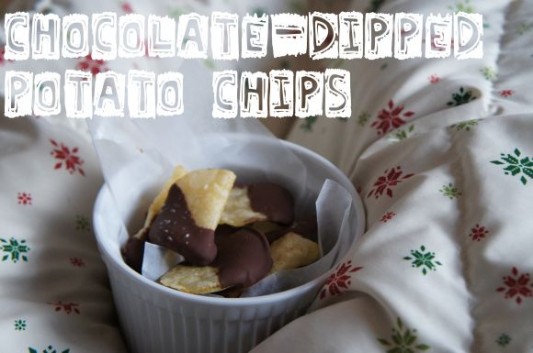 The only thing better than eating potato chips in front of the TV is eating chocolate-covered potato chips while watching Friday Night Lights with your husband on a Sunday afternoon. 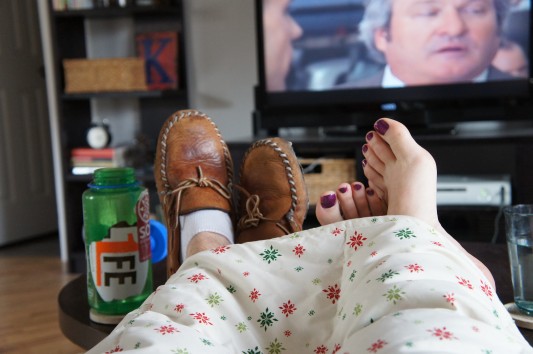 I don't think these really count as a recipe, but then again, I don't think that many people would really count watching 4 straight episodes of FNL a quality afternoon. I'm late to the FNL train, I know, but that's just the way I roll. I prefer television series that went off the air at least a couple of years ago. It helps me be super hip and with the times. Uh-huh. 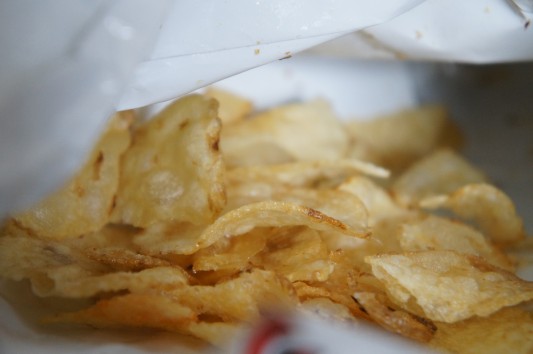 I also prefer to dip my super crunchy kettle-cooked potato chips in milk chocolate and then sprinkling them with kosher salt before cramming them into my mouth. The sweet and salty, the thick layer of chocolate over the crisp chips, the way the two elements mingle together on my tongue...it's as good as when the Dillon Panther football team wins a state championship football game.

I got hooked on Friday Night Lights because of Jason, who first watched the entire series without me. He's a Texas boy: lived in Dallas, and went to college in Fort Worth, so the Texas-Friday-night-football-game-theme works wonders on him. These chocolate-dipped potato chips also work wonders on him because he was an Ohio boy before he became a Texan in 6th grade. In Ohio there are the most wonderful companies: Esther Price, which makes chocolate, and Mike-sell's, which makes potato chips. One glorious day these two companies got together and combined their products, creating a chocolate covered potato chip. When Jason became a Colorado boy he introduced these little beauties to me. My only regret is that the package of chocolate covered chips doesn't automatically refill.

This is going to be just about the most simple process I've ever reported on here:

1: Melt ½ a bag of chocolate chips in a double boiler on your stovetop. (Fill a saucepan with a couple inches of water. Place a glass or steel bowl over it. Heat on medium, stirring chocolate chips with a spatula until they are thoroughly melted.) 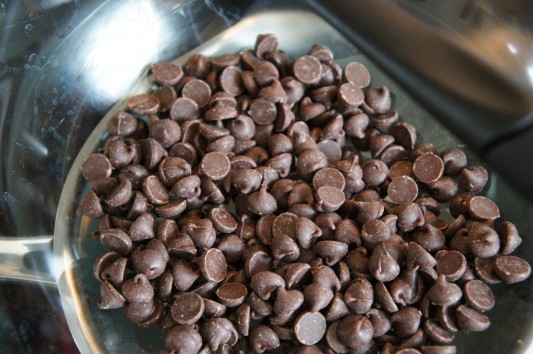 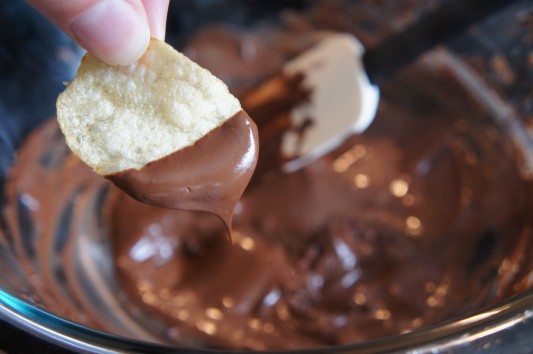 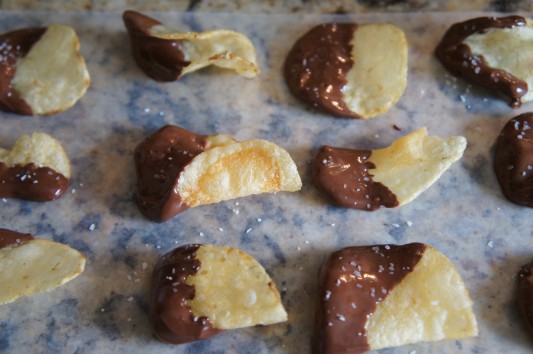 4: Place wax paper in the fridge and allow chocolate to fully harden. 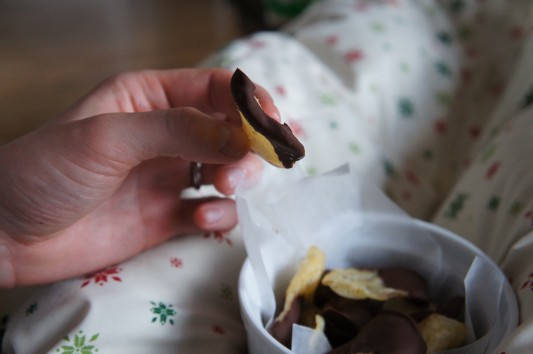 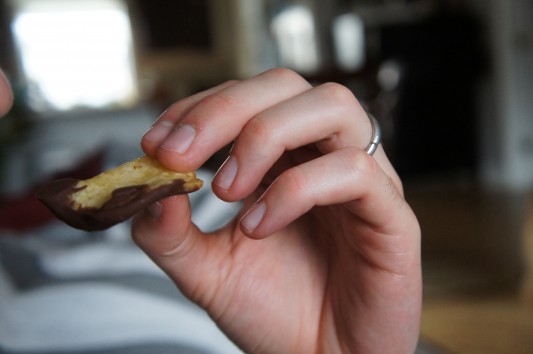 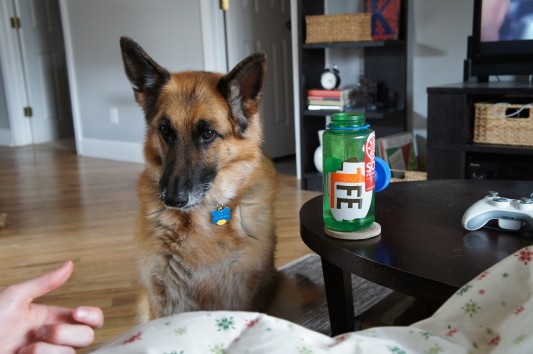 6: Be devastated when the chocolate-dipped potato chips are all gone and you didn't get any. (It's a tough life, being a pup in this house!)