We went to Big Hoss BBQ, a barbecue joint in the Highlands, last week. It's one of our favorite local joints; here's a little restaurant review so that you can go check it out sometime! 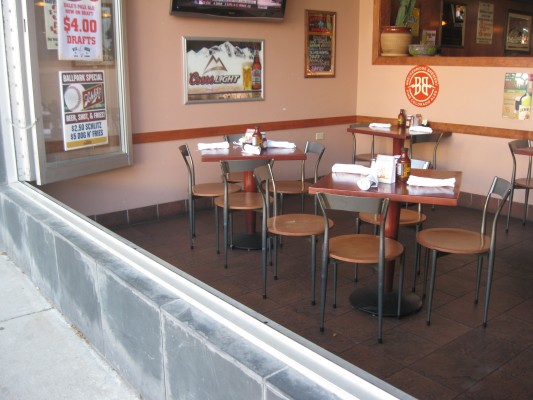 Big Hoss BBQ, an imposing structure in the middle of the Tennyson strip, prides itself on its barbecue, and for good reason. The scent that emanates from the wide-open storefront is pure barbecue bliss: spicy rubs and smoky meats mingle in the air and lure in would-be window shoppers from out on the street. Big Hoss has been in the Highlands since 2006; five years of friendly service, cold beers, and finger-suckingly good barbecue have done a lot to establish Big Hoss BBQ as a local legend. 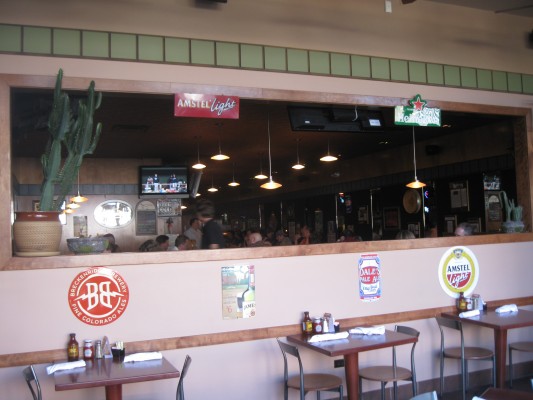 Barbecue started off as the food of necessity throughout Texas and West; it evolved to meet the needs of the hungry towns that produced the cattle and pigs that were sold and eaten to sustain entire towns. When times in those towns got tough, the people turned to what they had: the tough remainders of meat that no one wanted. What do you do with tough cuts of meat, during the tough times? You pit roast them for six hours, then slather them with tangy, sweet sauce. That meat is now a much more tender cut, and that tangy sauce is now an award-winning recipe all Big Hoss’ own, but the method of pit roasting has stayed the same, as has the friendly camaraderie that infiltrates the bar area. 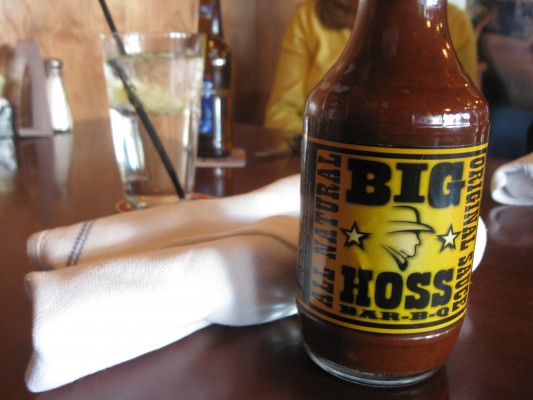 Barbecue is serious business, especially when you eat it with a Texan, which I am. He’s judging every bite, and luckily for me, every bite is receiving a passing grade. Big Hoss says that, with time and effort, you get a meal worth talking about. But few words are passing between us and this meal is shockingly quiet, other than the occasional slurping of barbecue sauce off of fingers. Looking around, I see that we’re not the only ones happily licking Big Hoss Bar-B-Q sauce off of our fingers. The bar is a large horseshoe, and the stools and tables around it are filled with all types – people just off work, on dates (presumably not first dates, from the way the couples are attacking their ribs), with their families – and the food on every table looks mouth-watering. But while I might first be attracted to the sight of each plate that passes me by, I’ve been taught by the aforementioned Texan that barbecue should be judged by smell first, taste second, and looks third. I’d say this barbecue deserves top-of-class awards on all three counts. 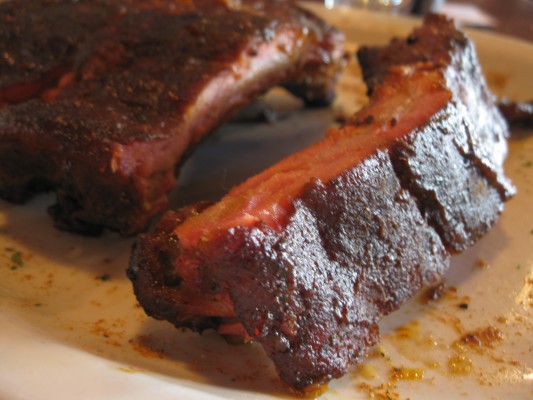 Of course, barbecue must be washed down with something, preferably a swig from the ol’ watering hole. They’ve got plenty of offerings here, and lots of daily specials to make it all the more tempting. With 12 tap beers, 40 whiskeys, and specials like a Bud and a shot of Jack for $5, the customers find a lot here worth talking about, even if they wait to talk about it until after eating. 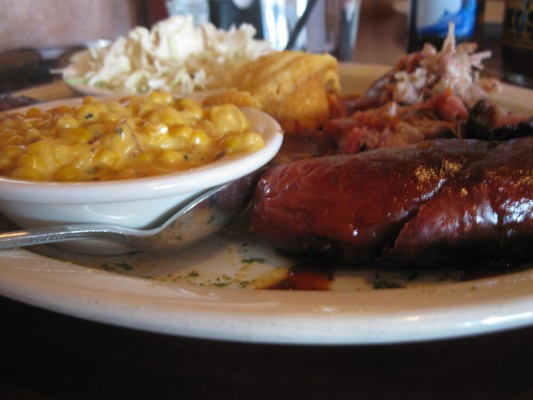