It’s been 13 years since I rode in a car past Clement Park and watched in confusion as I saw my classmates running towards us.

The first people I noticed were dressed in their gym clothes; I thought they were out on a gym-teacher-mandated run. But then I realized that there were others – not in gym clothes – and that they were screaming, crying, clutching each other.

We hollered to them, trying to understand what was happening, why the street was blocked off, why there were so many sirens, why a helicopter was beating overhead. They shouted back, “There are people shooting in our school!” We didn’t believe them.

There were six of us that day, and only five seatbelts in the car. Kelly decided he would ride in the trunk, rather than put Amy at risk of getting pulled over for having more people in the car than she had seatbelts. We were stuck in a long line of cars, many of them students returning from lunch, like we were, at Burger King, or the mall’s food court, and so we waited and shouted back and forth to our classmates in other cars and to those who were at the edge of park, trying to figure out what was happening in our school and why we were being kept from it. Our classmates shouted to us that people were shooting on the roof, that one person had been killed, that there were guns everywhere.

I wanted to join them, to abandon the car and just be with the exodus that continued to pour into the grassy park. But my friends were smarter, older, wiser – they said we had to keep going. We drove to Guiry’s, a paint store in Littleton where our driver Amy worked. Inside, we rushed to turn on the small television and watched in horror as the news cameras panned over our high school – the place we had just left, not even 40 minutes earlier.

As these were the days when cell phones were rare, I called my parents from the store. They were both home that day, working in the garden. They could hear the sirens. They had not yet heard why those sirens were so persistently wailing. I told them, my voice cracking, that I was not at school, that there were people shooting in my school. My mom’s voice rose, panicked, screaming, begging me to get in a closet, to get under a desk, to hide. I told her again, and again that I wasn’t at school, that I had gone out to lunch. It took awhile, but finally she understood. My dad told me to wait there, that he was coming for me. He came into the store for me and we drove home. He went out again, a bit later, to bring over my friend who was at home alone. We all sat there, glued to our television, as the screen showed us image after image of our school, where we had been only an hour before.

Columbine had transformed in that time. When we left, our school was defined by all the predictable things a high school should be defined by. My friends and I – the school’s Winterguard – had just returned the evening before from Dayton, Ohio, where we had competed in Winterguard Internationals. Tuesday, April 20th was our first day back at school. I wore a gray tank top I had bought as a souvenir from the competition, my hair was in French braid pigtails and was topped with a ringlet of tinsel from our team gifts, which we had all decided to wear in our hair that day. I had an news anchor audition that morning for the Rebel News Network, which had gone well. Before that I had sat in the guard room with my teammates and tried to frantically memorize a speech from Macbeth that I was expected to deliver in my World Literature class that afternoon.

When lunch time and my adjacent off-period arrived, I had a decision to make – did I take advantage of my double lunch period by trying desperately to memorize the speech in the library? Or did I spend the first half of the lunch period with my friends at Burger King? I blew off studying and instead, I chose my friends.

I chose my friends. I chose to leave campus that day, just moments before my school’s terrifying transformation. I saw Eric and Dylan getting out of their car in the parking lot, but I didn’t see anything that indicated what was about to happen. I saw friends and acquaintances and classmates sitting down with their lunches on the broad steps outside of the cafeteria, but I couldn’t have imagined that the next time I saw them would be on television. I saw teachers ushering latecomers into their classrooms, but I couldn’t imagine that many of them would be locked in those rooms for hours, praying with students, writing letters to families, or caring for a teacher who had been shot in the hallway.

13 years ago my high school became synonymous with a deadly, horrific incident and I am, still, always, constantly, ever changed. 13 years ago, I lost friends. We lost a teacher. There were 13 victims on that terrible day – 15 were dead by the time it was all over.

But, it still isn’t actually over. It never will be, even though I graduated from Columbine High School in 2000.

These memories are not just for today. They are not just for an anniversary. They are for all days, for me and for my friends and for my family whom I love so much that I feel my heart will crack in two. These memories are for the children I don’t have yet, and they are for my students: my students, whom I am teaching about the Holocaust, whom I want so desperately to be kind to one another.

It is not friendship that I expect from them, but it is kindness. It is respect. It is compassion, and it is understanding that I long to see from them. I want them to live these things, and I want them to feel loved, to feel that they are wanted and appreciated and valued. Maybe things would have turned out differently 13 years ago if Eric and Dylan had felt all those things.

Maybe I would have turned out differently. We all would have, I think.

Not just today, but all days, I remember those whom we lost, and I remember that kindness is the best tribute I can pay. 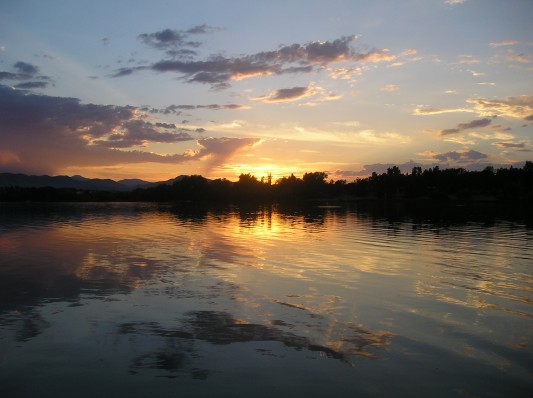 « Sausages Over Mozzarella
I've Been Doing a Bit of Reading »